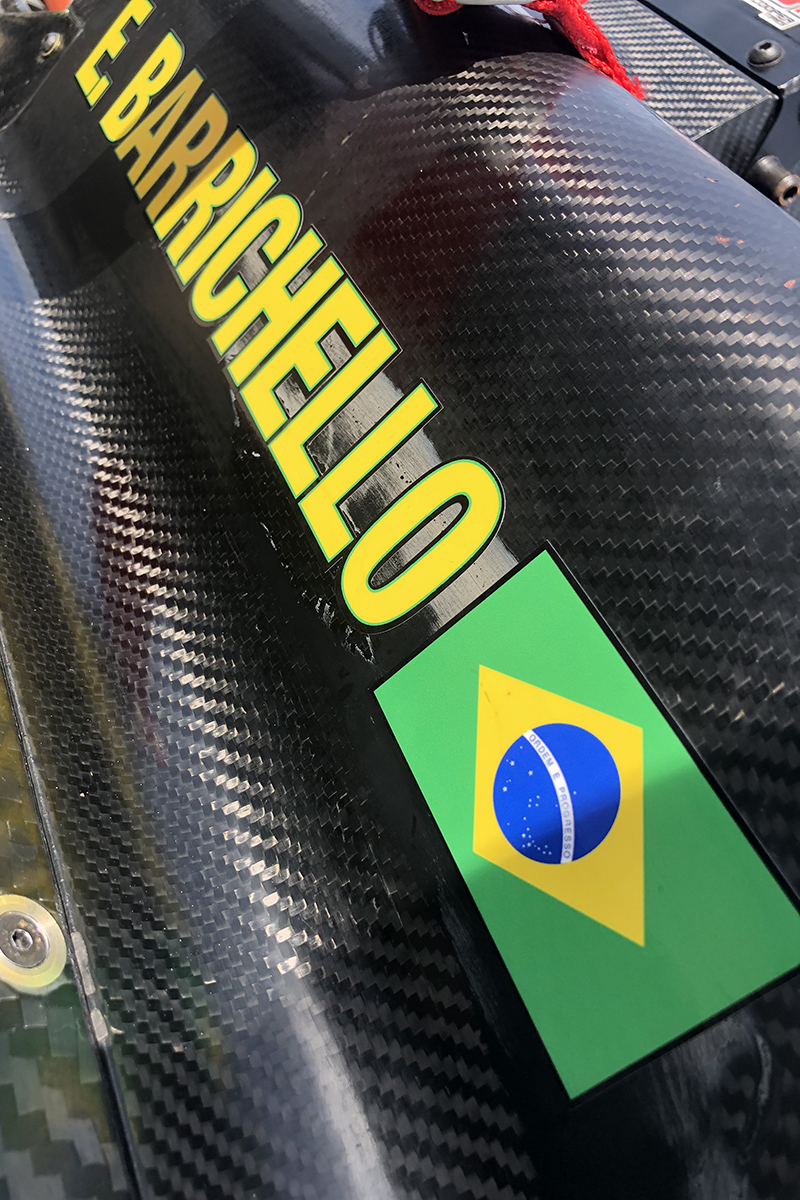 After announcing in mid-August plans to contest the 2019 Cooper Tires USF2000 Championship Powered by Mazda, Miller Vinatieri Motorsports went immediately to work to secure a second driver to join Jack William Miller as teammate. Today the team is proud to announce Brazilian Eduardo Barrichello will pilot a Miller Vinatieri Motorsports USF-17 for his debut season in the Road to Indy series.

“We are very pleased to have Eduardo join the MVM family,” notes team owner and three-time Indianapolis 500 starter Jack Miller. “Eduardo is son of former Formula 1 star Rubens Barrichello, and their family bond is unmistakable. It rings true having my son as a second generation driver, so I am confident Eduardo and the whole Barrichello family will fit perfectly into our operation. We will be running our first season in the USF2000 ranks, but we have put together an excellent and experienced crew and engineer, making a great platform for Eduardo as he begins his march up the Road to Indy ladder.”

Eduardo will enter 2019 on the heels of his first full season in open-wheel racing. Competing in the US F4 division as a rookie in 2018, the Orlando, Florida resident had a strong first season in cars and looks for more in 2019. A star in the karting ranks as well, the young Barrichello secured numerous high-profile victories in his six-year kart career before turning his focus to car racing.

“I am excited to join Miller Vinatieri Motorsports and the USF2000 program in 2019,” explains the younger Barrichello. “The Road to Indy program is something that I have followed throughout karting, and to finally be able to take part in it is something special. The plan is to get lots of testing under my belt before the first race of the season, but I can tell you that I am already counting down the days to St. Pete.”

“I met Jack during the F4 season and we had an instant connection,” adds Rubens Barrichello, trackside at Sebring International Raceway where his son, Eduardo, is getting experience behind the wheel of the USF-17. “Jack has a love and passion for the sport, similar as I do, and combined that with the love for our kids, it made perfect sense. We are very excited to enter the USF2000 Series and Road to Indy program as it the perfect next step for Eduardo and his racing career.”

“Not only am I big fan of Jack William, I have also been a fan of Rubens throughout his career,” explains Vinatieri. “I am hoping to get to a lot of races in the future and lend my hand in helping grow a successful program. To have Jack William and Eduardo as teammates, as well as a strong team in place around them, I can’t wait to follow their progress and improvement as they continue to march up the motorsports ladder.”

Miller Vinatieri Motorsports has plans for an extensive winter testing program in advance of the 2019 season, which officially gets underway in March at the St. Petersburg Grand Prix.

Announced only a few weeks ago that Indianapolis, Indiana based Miller Vinatieri Motorsports (MVM) will compete in the 2019 Cooper Tires USF2000 Championship Powered by Mazda, the team has officially...

MILLER VINATIERI MOTORSPORTS TO ENTER ROAD TO INDY IN 2019

Indianapolis, Indiana based Miller Vinatieri Motorsports (MVM) is set for big changes in 2019. Announcing today that they will compete in the Cooper Tires USF2000 Championship Powered by Mazda, the...