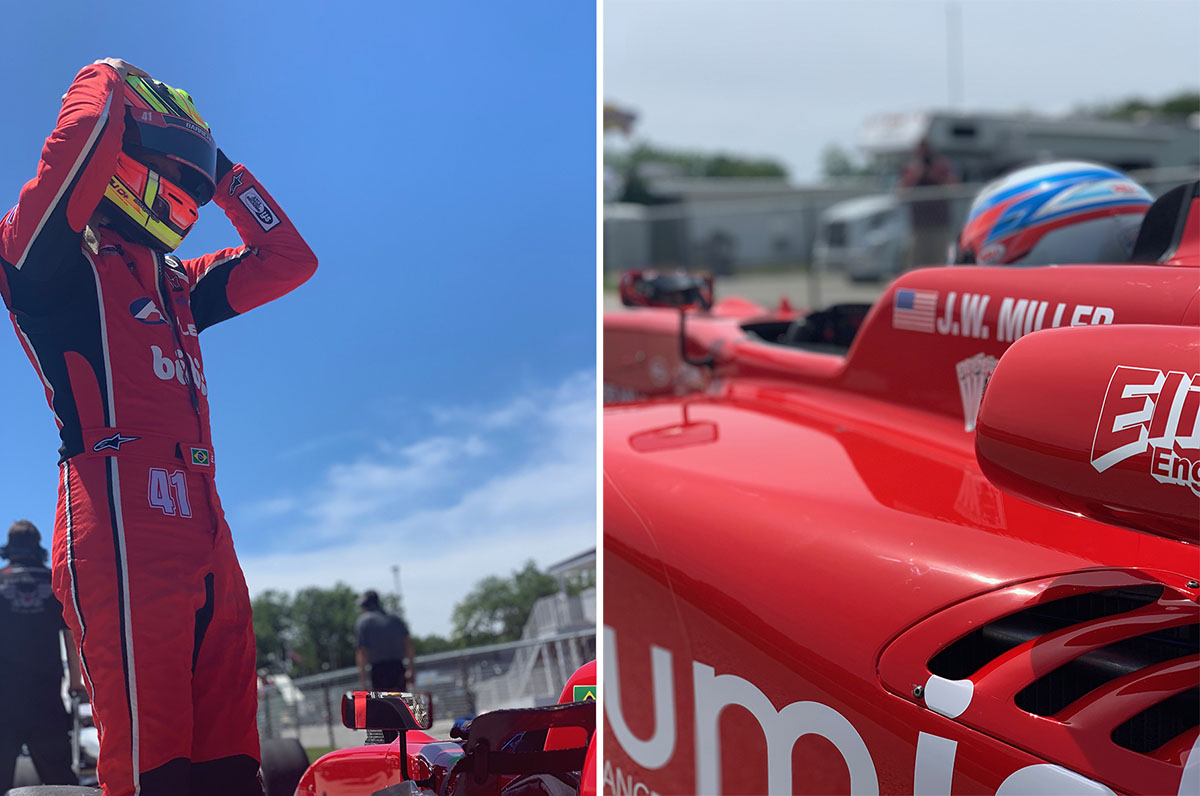 Heading north to Ontario, Canada for rounds eight and nine of the Cooper Tires USF2000 Championship, Miller Vinatieri Motorsports will tackle the challenging Streets of Toronto. With a pair of drivers taking on the temporary circuit for the first time, it is another learning adventure for both Jack William Miller and Eduardo Barrichello as they look to continue their upward progression and gain experience along the way.

“I raced in Toronto when I was younger, and it is one of those races that you live for every year,” explained Jack Miller, Co-Owner of Miller Vinatieri Motorsports. “I think we got the street course rookie jitters out of the way in St. Pete and look forward to hitting the track on Friday morning for the one and only practice session.”

2019 has been a learning year for the Indianapolis based program. Making the switch to the Road To Indy ladder program, Miller Vinatieri Motorsports, as well as Miller and Barrichello, are visiting high profile tracks for the very first time. Learning the in’s and out’s of the series, both drivers have shown progress throughout the season.

Miller continued, “Eduardo has claimed a few top-ten results including a fifth at the Indianapolis Grand Prix and seventh at Road America. Jack has shown the top-ten pace and challenged for a top-six result at the Lucas Oil Raceway before a late race incident. Luck has not been on our side in 2019 but we are hoping to change that in Toronto.”

While the Streets of Toronto event crosses the halfway point for the Cooper Tires USF2000 Championship, Miller Vinatieri Motorsports is beginning early plans for 2020. Acquiring an Indy Pro 2000 car, MVM will look to run three cars at the end of the season Chris Griffis Test at the Indianapolis Motor Speedway. Interested parties are asked to contact Info@MillerVinatieriMotorsports.com.