With a host of partners lining the transporter and autograph cards of Jack William Miller, the young 14-year-old is pleased to confirm a renewed safety apparel partnership with K1 Racegear. Joining forces in 2017, Miller and K1 Racegear will push forward through the 2018 season and onwards for the foreseeable future as the youngest Miller looks to make the climb to the upper echelons of North American open-wheel racing.

“The quality of the K1 Racegear line of products has improved tremendously and they are on par with the top safety apparel providers in motorsports,” explained Jack Miller, three time Indianapolis 500 starter and father of Jack William Miller. “When your kid is on rack you want them safe and wearing nothing but the best. I put my trust in K1 Racegear and their proven products.”

“K1 and Jack William Miller’s relationship is a special one to me as it’s a shining example of a partnership between racer, or more importantly, a family and manufacturer that developed organically in the go-karting world and has progressed into the professional ranks of motorsports,” explains K1 Racegear’s JR Twedt. “As simple as that sounds, it’s a pretty rare thing these days for a number of reasons.  Both are crowded markets with the “next big thing” or “new trick” offering opportunities for drivers to shine or represent the aforementioned, and is as most often with things in our industry, smoke and mirrors. Jack William and his father Jack are K1 family. They have always been loyal supporters of not only K1 gear, but also the process of R&D and the maturation of our young company. For the past few years, K1’s development of premium FIA homologated racing apparel has exceeded our expectations by leaps and bounds due to the testing and feedback from professional drivers across multiple motorsports segments, and Jack William has played a rather crucial role in that process. He is currently sporting our latest with the lightest, highest functioning 3-Layer FIA suit in the world and I think both of us are beyond happy with the results.”

Twedt continued, “Jack William is wise beyond his years. He has been trained well by his father and coaches about how to be a gentleman both on and off the track as well as the importance of building mutually beneficial relationships that will support him throughout whatever path he chooses in life. K1 is extremely happy about having a brand ambassador such as the Millers and Miller Vinatieri Motorsports and we expect to continue our support with them for many years to come.”

“I can’t thank JR and all the staff at K1 Racegear enough,” explained Jack William Miller. “They produce some of the best custom products and really work with their customers and drivers to ensure they are covered from head to toe. I look forward to continuing this partnership for years to come as I begin to move up the motorsports ladder.”

It is not only Miller that dons the K1 Racegear line of products as Miller Vinatieri Motorsports teammate and rookie driver in the F4 United States Championship Powered by Honda Dylan Tavella also sports the K1 brand.

Miller continued, “It is a team program and we will do our best to make sure that they are well represented on the podium throughout 2018.”

Follow Jack William Miller this weekend at the second event weekend of the F4 United States Championship Powered by Honda at Road Atlanta. 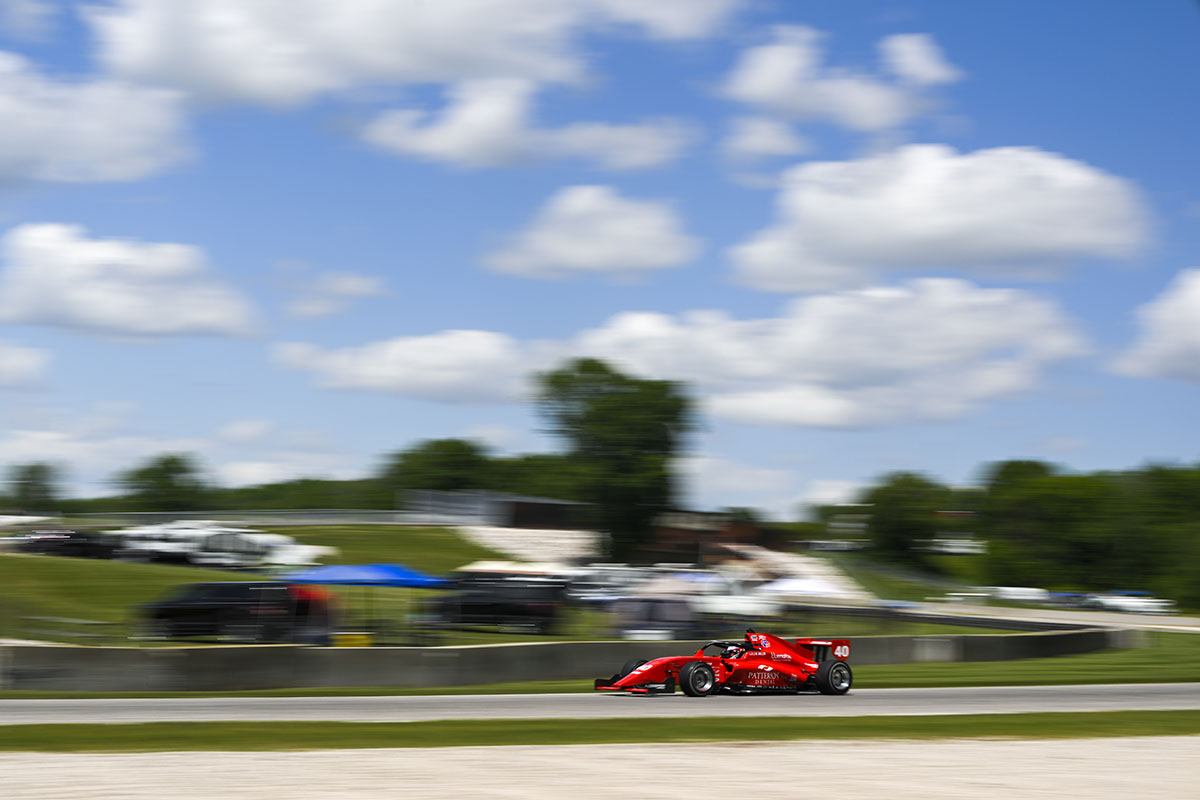