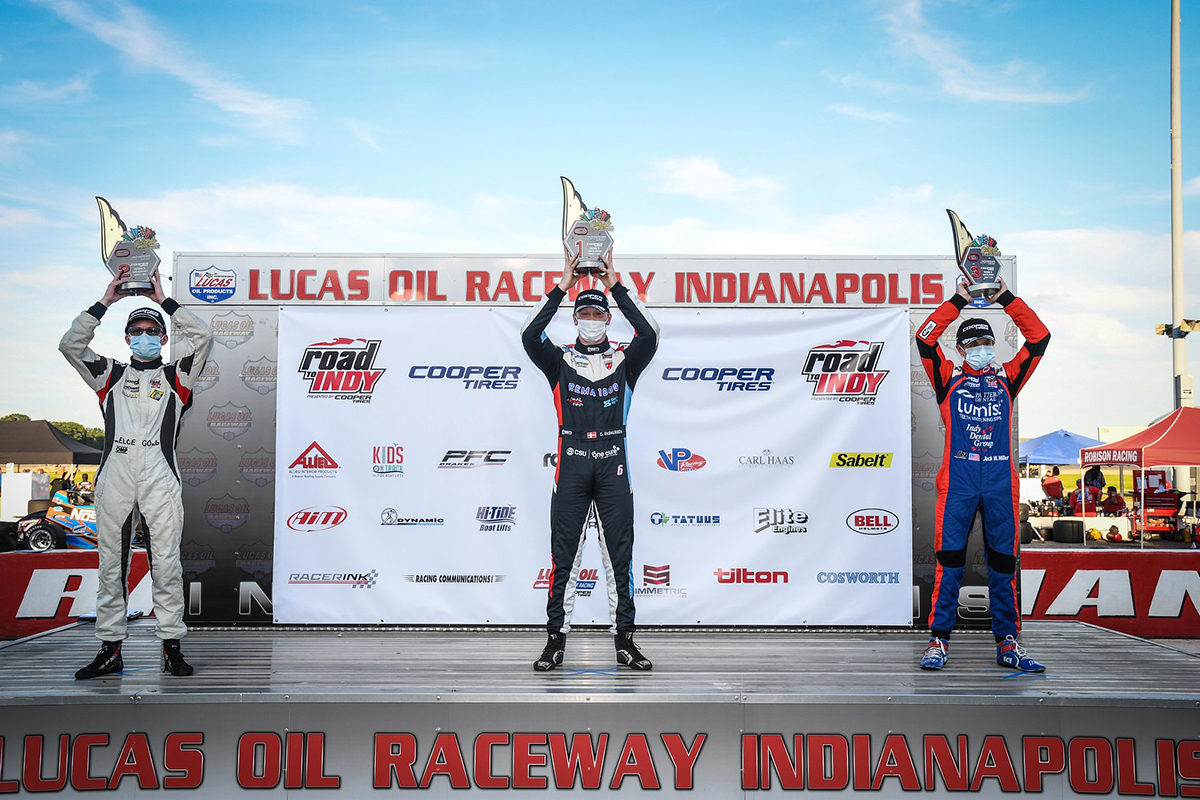 It was the event closest to their home base and Jack William Miller delivered his best career USF2000 Championship Presented by Cooper Tires result. With a host of friends, family and partners in attendance, the Patterson Dental backed driver was the star of the race gaining two positions in the closing laps to stand on the third step of the podium.

“This is big. It’s big for me and it’s big for the team. Everyone is here – my family, my sponsors. They’re all from Indy, so this means so much. But if you’d told me I would be on the podium back on Lap 50, I’d have said no way,” explained Jack Miller. “I got shuffled back at the start on the inside, and it was miserable early. But I caught up in lapped traffic late in the race and made a move when the guys in front of me got congested. I’m starting to make up for the early DNFs this season, so we’re still in it.”

Falling from third to sixth on the start, Miller quickly gained one position and settled into the fifth position. Biding his time, saving tires and working to have the best car in the latter half of the race, Miller paced with the lead group before looking to advance forward just past the halfway mark. As the lead group, including the #40 Patterson Dental machine, began to enter lapped traffic, Miller aimed to take advantage of the situation.

“I was able to get some good runs off the exits of turns two and four and get a wheel inside,” added Miller. “This place is hard to pass at, but we had the best setup for the late stages of the race and it really helped. My spotter Mike Maurini helped me take advantage of lapped cars and those were the two differences that helped me to the podium.”

With two weeks off, Miller Vinatieri Motorsports will not have to wait long for another Indiana event. Taking place September 3-4, Miller and Kaeser will battle on the 14-turn Indianapolis Grand Prix circuit at the famed Indianapolis Motor Speedway.