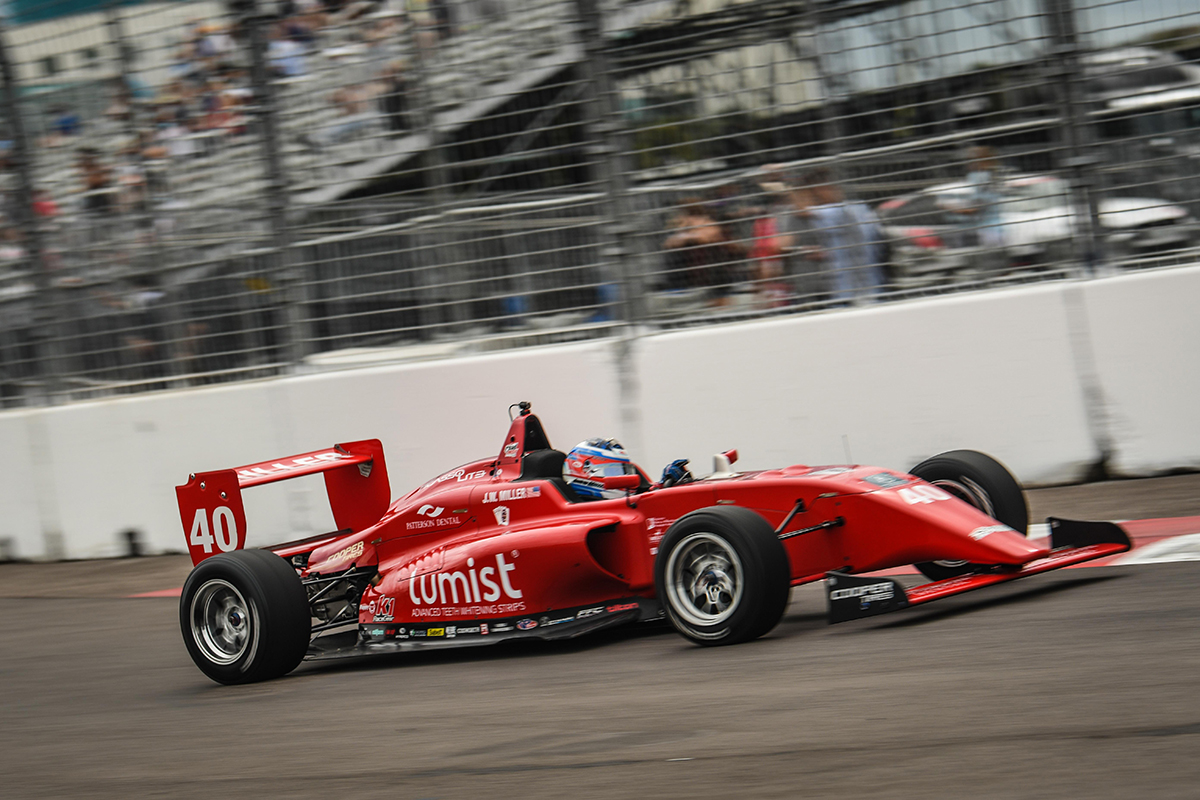 After a couple of seasons in the Cooper Tires USF2000 Championship, second generation driver Jack William Miller is set to level up in 2021. Confirming his participation in the Indy Pro 2000 Championship Presented by Cooper Tires, Miller will pilot the #40 Miller Vinatieri Motorsports entry in his rookie season and will take his first green flag of 2021 on the Streets of St. Petersburg in March.

“2020 was a huge improvement from 2019, and we really came on strong with the engineering changes that we made,” explained Miller, who claimed podium results throughout the season. “The goal of moving to the Indy Pro 2000 ranks in 2021 was always on the table and after two years in USF2000, the time is right. The 2021 grid is set to be the most competitive Indy Pro 2000 Championship grid to date, and I can’t wait to get the season started.”

“Right now, we will be a two-car program with Kent Vaccaro in USF2000 and Jack in Indy Pro,” explained Jack Miller, who co-owns Miller Vinatieri Motorsports with NFL Field Goal Kicker and four-time Super Bowl Champion Adam Vinatieri. “We are looking forward to launching our winter test program and a successful 2021 season.”