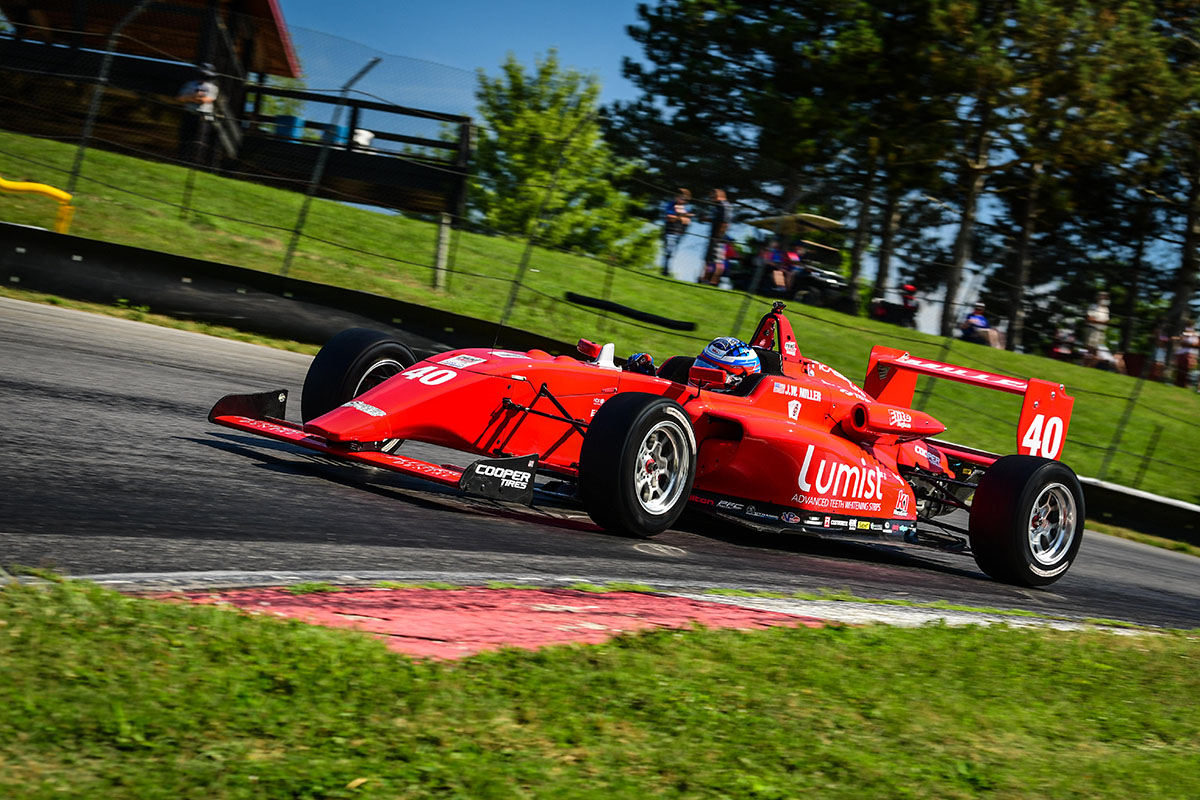 With six races at the Mid-Ohio Sports Car Course, Miller Vinatieri Motorsports put a major emphasis on the Lexington, Ohio facility. Scoring a top-five result in the series test a few weeks ago, Jack William Miller carried that momentum forward into the July 29th and 30th triple header. Claiming a fifth-place result in round five, Miller and his MVM program will look to improve those results in less than one weeks’ time as they return to Ohio.

After experiencing some electrical issues that hindered results in race one and being caught up in a racing incident in the second wheel-to-wheel race of the two-day event, Miller was primed and focused to deliver a good result in race three. Starting in the ninth position, Jack was able to work his way forward and get the much-needed result for not only himself, but Miller Vinatieri Motorsports as a whole.

“Race one and two did not go as planned, but I knew that we had the speed to compete,” explained Jack William. “The team did a great job to diagnose, find and fix our electrical issue, and I thought we were going to have a good result in race two. Unfortunately, my front wing was damaged in an incident and ruined a chance to drive forward.”

Back on track for race three on Thursday afternoon, Miller drove like a seasoned veteran methodically working his way forward to the fifth position. Trailing the lead quartet by just over a second all while holding a former race winner at bay behind him, Miller was cool and collected to claim his first career top-five result.

Miller added, “I have been training a lot more getting ready for a triathlon and making sure I am mentally prepared, so I feel that this is a major hurdle that we have overcome. Additionally, we have gone in a different engineering direction, and it has paid off immensely as the car suits my driving style a lot more. This was a great way to close the weekend with three more races here next week.”

With COVID-19 induced schedule, Miller Vinatieri Motorsports will return to the Mid-Ohio Sports Car Course this coming weekend for rounds six through eight on the 2020 season.