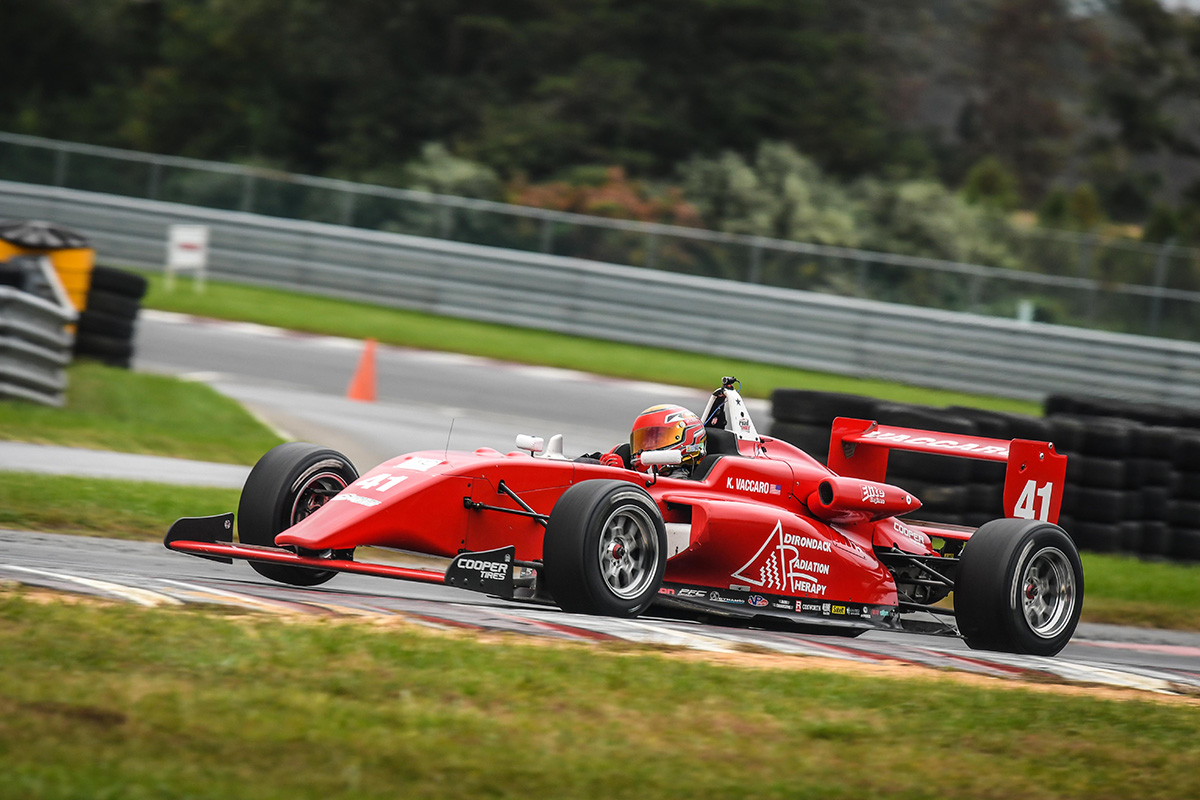 After making his Cooper Tires USF2000 Championship debut a few weeks ago at the New Jersey Motorsports Park (NJMP), Kent Vaccaro is now committed and ready for a full season campaign. Inking a deal to join Miller Vinatieri Motorsports (MVM) for the upcoming season, Vaccaro will begin off season testing as he prepares for his first green flag of a new season at the Grand Prix of St. Petersburg in just over four months.

“We are looking forward to having Kent join us on a full-time level in 2021,” explained Jack Miller, Co-Owner of Miller Vinatieri Motorsports. “With a solid test program, several months of preparation time, and an engineering program that has helped us turn the corner in 2020, Kent will be an instant threat for podium results in his rookie season.”

As a former competitor in both the F4 United States Championships and FR Americas in recent seasons, Vaccaro will make the switch to the Road to Indy program in his quest to climb the motorsports ladder. As a current student of Purdue University, Vaccaro is living in Indiana and only a short drive from the Miller Vinatieri Motorsports race shop.

“I am excited to join both the Miller Vinatieri Motorsports program and the famed Road to Indy next season,” added Vaccaro. “I have had the opportunity to spend some time with Jack and his entire crew and have come to know them well and enjoy spending time with them. The upward trend in 2020 speaks volumes of their program and that was evident in the one event that I competed at this season. I am looking forward to a fresh start and can’t wait to not only start our winter test program, but also the 2021 season.”

Arriving on the scene with some personal partners, Kent Vaccaro would like to thank his longtime partner Adirondack Radiation for their continued support.