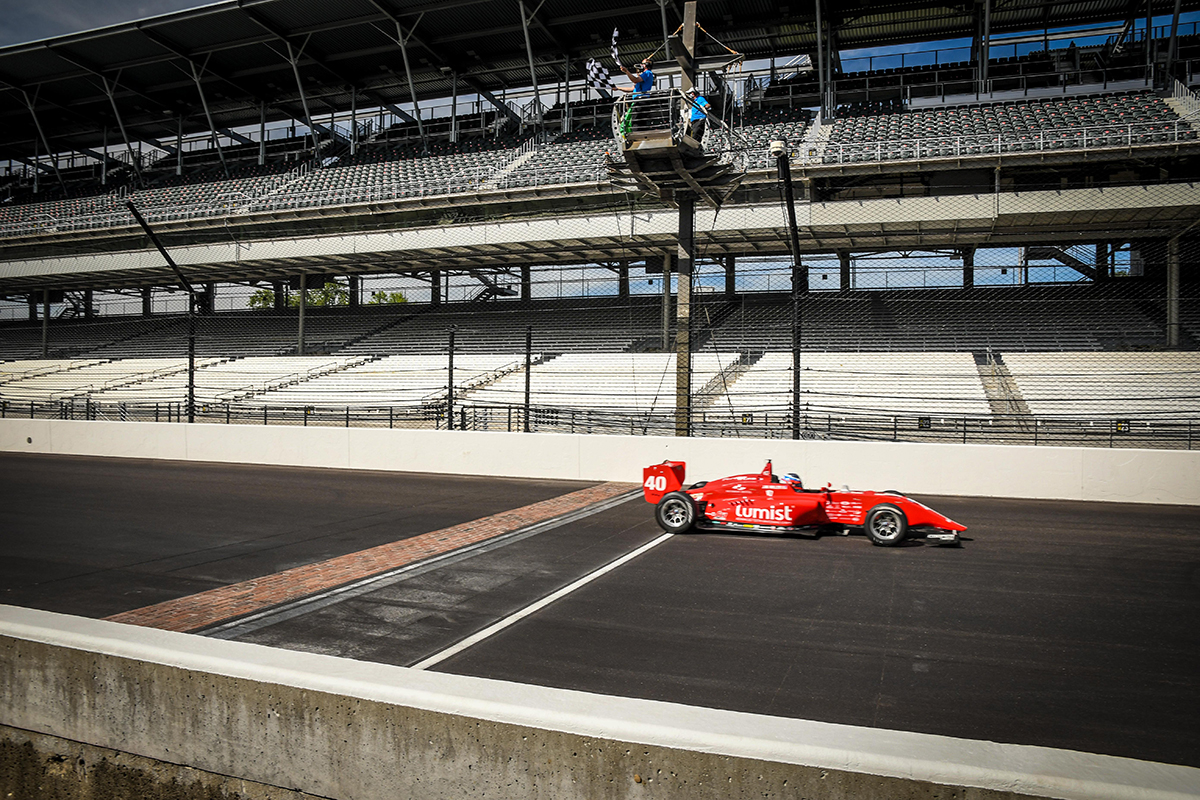 With a podium result this past weekend, Miller Vinatieri Motorsports driver Jack William Miller increased his podium total to two on the season as he climbed to eighth in the Cooper Tires USF2000 Championship point standings. Along with Miller’s best result of the season, teammate Max Kaeser drove to tenth in the first and second races of the weekend and levelled up to eighth in the third and final race to score his best results of the season.

“Great event for the team and solid results for both Jack and Max,” expressed Team Co-Owner Jack Miller. “We are pretty happy with everything but also a little disappointed as I and the rest of the team believe a race win was in the cards in both race one and three. Either way, what a turn around the entire team has had as we are finally hitting our stride courtesy of the experienced and knowledgeable staff that we have brought into the program.”

Showing that his third-place podium result at Lucas Oil Raceway was no fluke, Jack William Miller qualified fourth for round seven on Thursday and quickly moved to second in the opening lap. With speed on his side, luck would not be as a part failure in the mounting bracket to the front wing caused the wing to drop down and eventually under the front wheels forcing Jack to retire. Disappointed but unfazed, Miller returned on Friday to qualify third for round eight and drove to his second podium result of the year with a P3 effort after falling back to fourth on the start.

Round nine saw Miller start inside row two before moving to the second position in the drag race to the first corner. Stalking the leader for two laps, Miller made his move to the point on lap three making an outside move around the first corner and having position for corner two. Drawing away from the field and opening a gap, Miller came under attack late in the race. Battling to defend his position on the final lap, Miller locked up his front wheel in the braking zone for the first corner and was forced to take evasive action to avoid contact reentering the track and eventually was classified in the fourth position.

“It is amazing to see Jack’s progress and how he was able to compete this past weekend,” explained Team Co-Owner Adam Vinatieri. “Jack has a bright future and we look forward to watching him compete at Indianapolis for years to come.”

Colorado native and USF2000 rookie Max Kaeser had his three best finishes of 2020 as all three wheel-to-wheel races yielded top-ten results for the MVM driver. Moving forward from fifteenth to tenth in race one, Kaeser added his second tenth place result of the weekend in round eight moving forward from twelfth. Round nine saw Kaeser score his best result of the season in a spirited drive forward. Starting outside row eight, Max had an intense battle with three other drivers as he pushed his way forward inside the top-ten. Battling hard in a scrappy fight with drivers more experienced than him, Kaeser climbed two more positions up the results sheet to end his weekend on a high in P8.

Jack William Miller and Max Kaeser will be back on track this coming weekend at the Mid-Ohio Sports Car Course as they compete alongside the NTT IndyCar Series in Lexington, Ohio.