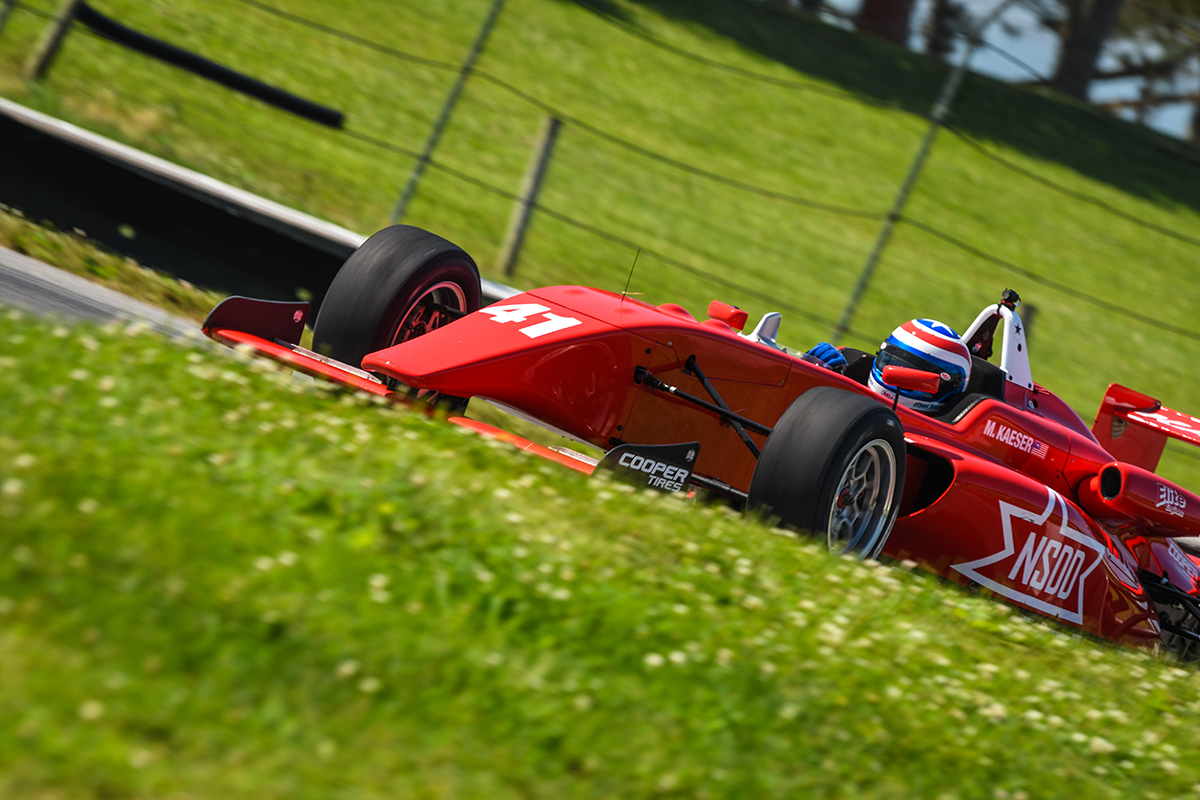 It was a longer than expected off season but the start of the Cooper Tires USF2000 Championship is finally here. Taking the first green flag of the season this coming weekend at the famed Road America, Miller Vinatieri Motorsports (MVM) will enter rookie driver Max Kaeser and sophomore pilot Jack William Miller as they look to start the season right in Elkhart Lake, Wisconsin.

“We are glad the restart to the season is here,” expressed Jack Miller, Co-Owner of the MVM program. “We were ready to go in St. Pete, but we all know how that ended. With the extended time off, we have been able to complete multiple days of testing at Road America and Mid-Ohio as they will be important locations due to the quantity of the events at each facility this year.”

Returning to his second season of USF2000 competition and a restart to 2020, Jack William Miller looks to utilize knowledge and experience gained from his first season of competition as well as the increased test and prep time to propel him up the running order. In a recent test at the Mid-Ohio Sports Car Course, Miller led one of the practice sessions and clocked a lap that was in the top-three in times in the combined running order.

The #41 MVM entry will be driven by Colorado rookie Max Kaeser. Completing the same number of test days as Miller during the extended offseason, the rookie Kaeser is anxious to get his season started and show what he can do.

Miller continued, “The next four months will be busy, but we have a good crew and are ready to go. We have a solid engineer in Skip Essma, who has made a world of difference in our program as he really knows his stuff. We will complete nine rounds between July 9th and August 21st so the championship points battle will be truly shaped during the time. The goal of strong, yet consistent results are needed, and we have been preparing to achieve that.”

Road America will be the first event of the season and the first corporate outing for the Patterson Dental staff. Renewing their partnership after the 2019 season, Patterson Dental will use five events to bring staff, doctors, VIPs and more to events for a trackside experience.

Miller added, “Patterson Dental has been a valuable partner, and we welcome them back this year. The program has grown from year-to-year, and we look to expand on this flourishing partnership in the years to come.”