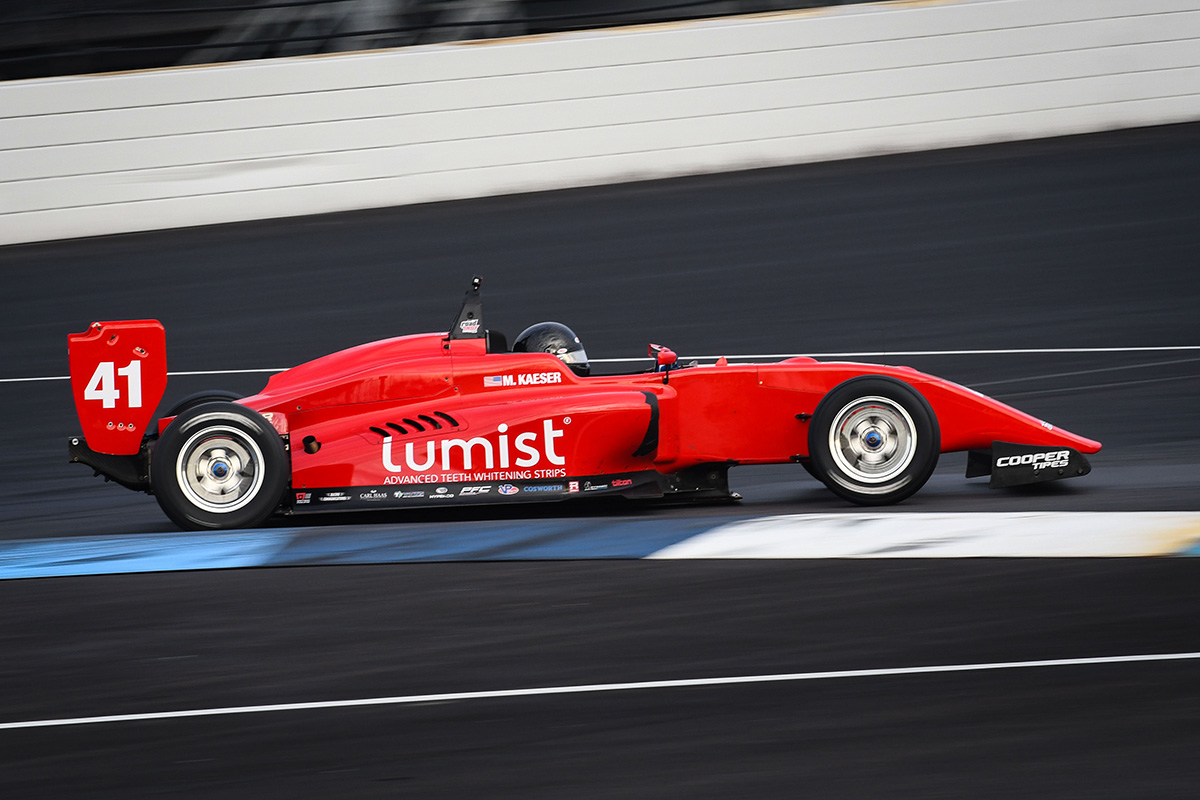 Entering the Cooper Tires USF2000 Championship as a rookie team in 2019, Miller Vinatieri Motorsports (MVM) is set to return to the Road to Indy program for their sophomore season with a pair of young and hungry competitors. Confirming today the signing of Max Kaeser, the Colorado resident will run alongside Jack William Miller in the two-car program as they work towards the start of the 2020 season.

“Max had a successful outing with us at the Chris Griffis Memorial Test a couple months ago, and we have been working hard to put a deal together for 2020,” explains Jack Miller, Co-Owner of the Miller Vinatieri Motorsports program. “Max consistently improved throughout the test and was able to run times inside the top-ten by the end of the weekend.”

“I am happy to finally have a deal done, and I can shift my focus to the upcoming season,” explains Kaeser, who is a very accomplished ski racer. “I will be working hard over the next three months to ensure that I am 100% ready for the first green flag in St. Petersburg and can’t thank Jack and the entire Miller Vinatieri Motorsports organization for this amazing opportunity.”

Competing against one another in the karting ranks, Miller and Kaeser will renew their competitive spirits in the Road to Indy in 2020, this time under the same team banner.

“I competed against Max at the karting level, and we were both pretty successful,” adds Jack William Miller. “I look forward to working with him throughout 2020 and putting the Miller Vinatieri Motorsports program on top.”

Max Kaeser will drive the Miller Vinatieri Motorsports candy apple red #41 entry and will announce his marketing partners in the new year while Jack William will be back behind the wheel of the #40.

Miller Vinatieri Motorsports would like to thank all of their partners for a successful 2019 season and continued support onwards into 2020.