MILLER AND BARRICHELLO SET TO TAKE ON INDIANAPOLIS MOTOR SPEEDWAY 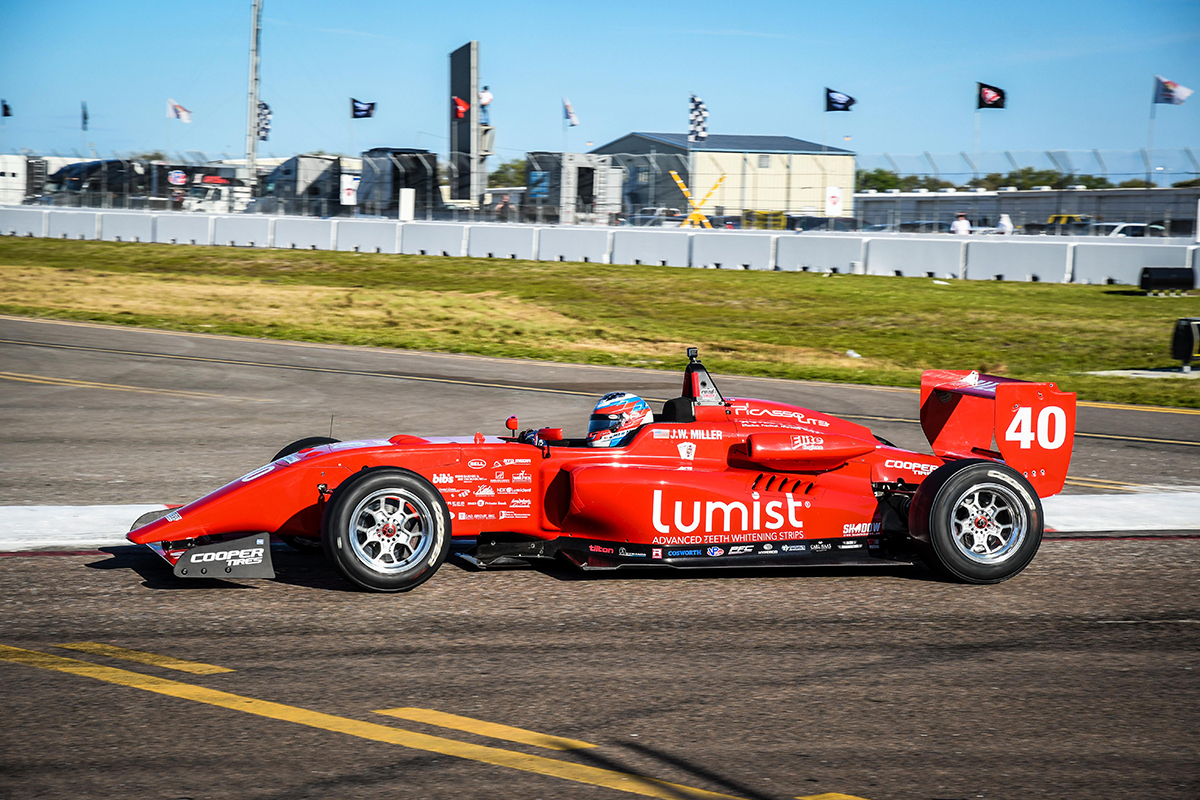 With the Month of May now upon us, Miller Vinatieri Motorsports (MVM) does not have to travel far to compete in rounds three, four and five of the Cooper Tires USF2000 Championship. With the first event taking place this coming weekend at the iconic Indianapolis Motor Speedway, the series will shift to their one and only oval event on the calendar at the Lucas Oil Raceway in Brownsburg later this month, both locations only a short twenty-five-minute drive from the MVM race shop.

“May is a special time in Indy and to have the opportunity to compete in your own back yard is nice,” explained Jack Miller, Owner of Miller Vinatieri Motorsports and five local Indy Dental Group practices. “We have been looking forward to these events since acquiring the USF2000 cars last year and took part in the Chris Griffis Memorial test at the Speedway late 2018. We recently completed an oval test in Memphis and feel very confident heading into the next few rounds.”

Piloting the Miller Vinatieri Motorsports entries will be second-generation drivers Eduardo Barrichello, son of ex-Formula One and Ferrari driver Rubens Barrichello, as well as Jack William Miller, son of three-time Indianapolis 500 starter Jack Miller. Both drivers are continuing on in their rookie season as the duo and the complete Miller Vinatieri Motorsports program made their series debut back in March at the Grand Prix of St. Petersburg.

Miller continued, “Our results in St. Pete was not a true representation of where we should have finished. We had a mechanical gremlin in one car that limited laps and an on track incident with the other. Both Eduardo and Jack are up and coming racers and competed on a street circuit for the very first time. They both did very well in practice and have progressed in our test program since leaving Florida. We are looking forward to this weekend.”

With the home event brings a ton of family, friends and partners, as Miller Vinatieri Motorsports will open the eyes to several people who have not been able to attend events in the past. With more than fifty guests expected throughout the race weekend, the MVM paddock space and cheering section will larger than most.

“We will have complimentary Lumist Teeth Whitening Strips samples to give to fans, spectators and anyone who stops by the Miller Vinatieri Motorsports paddock space,” explained Miller. “Lumist, and the CAO Group, is a major supporter in our program and we will be promoting them and their products at all USF2000 events in 2019.”

Barrichello and Miller will hit the track on Thursday morning for two unofficial practice sessions before the one and only official session takes place later that afternoon. Friday will be the home of two qualifying sessions and the first wheel-to-wheel action on the weekend with round three of 2019 while round four is slotted on the schedule for Saturday morning.