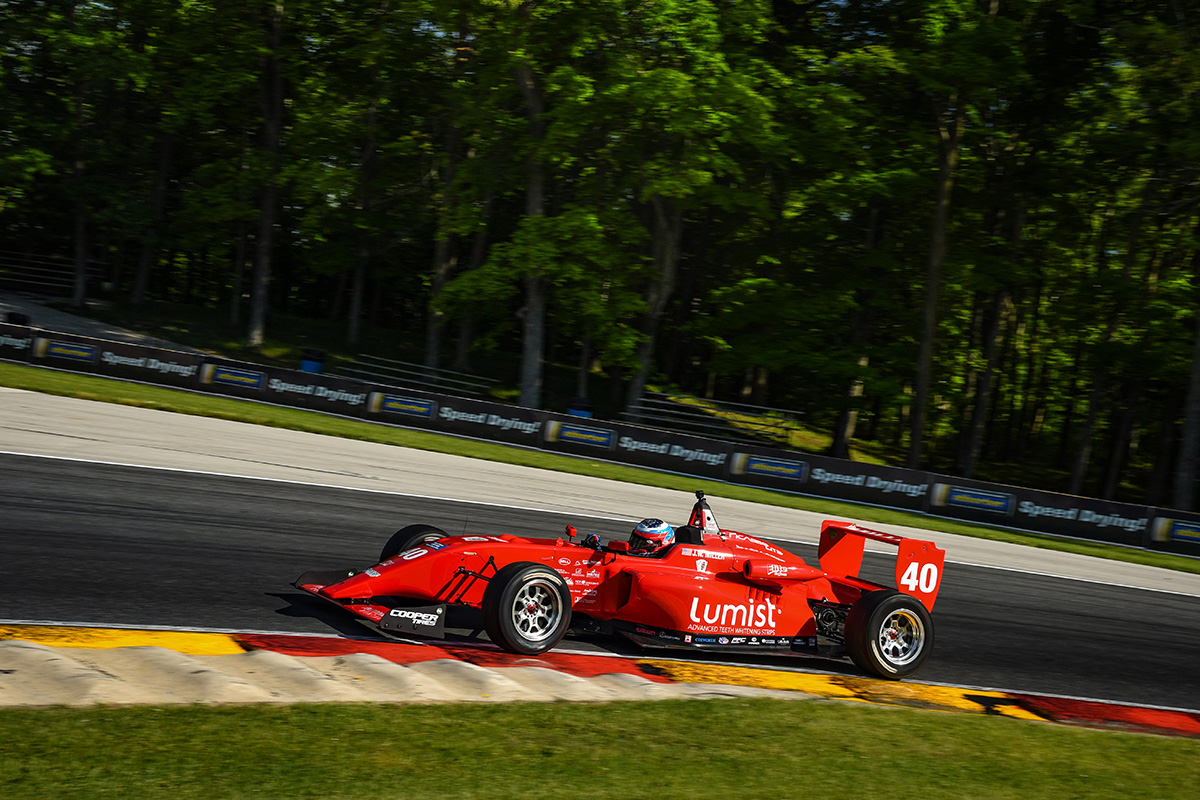 With the team’s rookie season officially complete, Miller Vinatieri Motorsports (MVM) is focused on setting up for a strong 2020 campaign. Starting out with the annual Chris Griffis Memorial Test at the Indianapolis Motor Speedway, the team has officially confirmed two drivers who will participate in the Cooper Tires USF2000 Championship series test.

Jack William Miller is returning to the team after completing his rookie season within the Road to Indy. Coming off of a season of learning, the talented 16-year-old is aiming high for 2020 and looks to utilize the Chris Griffis Test as a way to gather data and prepare for the 2020 Indianapolis Motor Speedway event.

“I don’t think I showed my true potential this past season,” Miller said. “Being in my rookie season, a lot of the practice sessions, and even qualifying and race runs, were spent learning the tracks and trying to set up the car. I’m excited to be heading back to the Indianapolis Motor Speedway where I can focus on improving the car and my lap times.”

Joining Miller will be rookie driver Max Kaeser. During 2019, Kaeser competed in the SCCA U.S. Majors Tour Mid-States Conference in Formula Ford, finishing the year with three conference wins and winning the 2019 Championship. During the weekends when he was not racing, Kaeser could be found hanging out in the Road to Indy Paddock at various events where he spent his time shadowing and building relationships with the teams.

“It has certainly been a long road leading up to this,” Kaeser said. “I’ve spent the past year working hard in order to get a ride put together for the 2020 season. Finally having the opportunity to spend an entire weekend with a team as the driver is a dream come true, and I’m hoping it will lead to an opportunity for a full-time ride next season.”

“I have known Max and his family since the karting days,” explained Jack Miller, Owner of Miller Vinatieri Motorsports. “They are a great family, nice to be around and Max will be a welcome driver to the Road to Indy paddock.”

Coming off their rookie season, MVM is looking to put all of the data they gathered throughout the season to work. Having gained knowledge at the different tracks and experience working on the cars, Miller Vinatieri Motorsports is ready to push hard in 2020.