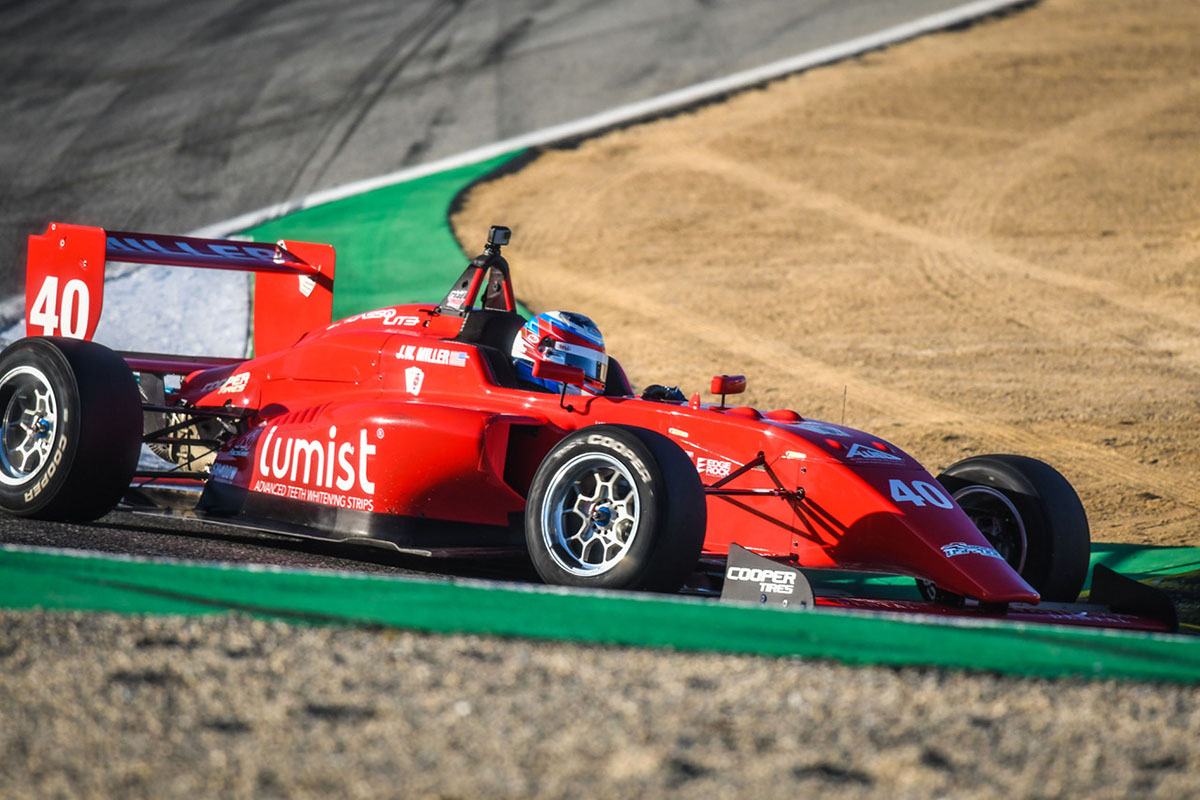 With the final checkered flag falling on the 2019 Cooper Tires USF2000 Championship this past Sunday, Miller Vinatieri Motorsports will instantly transition into their 2020 season. With plans of another two-car effort in the entry level class of the Road to Indy, Jack William Miller will return to the program alongside a yet to be named driver.

“First off, it was a good learning year, and we could not have been able to compete if it wasn’t for our outstanding partners,” explained Miller. “We have set the bar high and will begin testing in the next few weeks. Our first order of business is the annual Chris Griffis Test at the Indianapolis Motor Speedway before shifting our focus to Florida over the winter months.”

Miller continued, “Our goal is to have our 2020 drivers signed early and engage in an in-depth off-season test program. We have data from all the tracks in 2019 and will be much better prepared as we move into next season. We would like to thank the Cooper Tires USF2000 Championship officials as well as the staff from the Road to Indy on operating one of the most professional racing programs that we have ever been a part of. We can’t wait for next season.”

Heading into 2020, Miller Vinatieri Motorsports will have data and track knowledge from 2019. Additionally, the Indianapolis based team will have experience in the USF-17 car on each and every track on the schedule next season.

Miller Vinatieri Motorsports is beginning early plans for 2020. Acquiring an Indy Pro 2000 car, MVM will look to run three cars at the end of the season Chris Griffis Test at the Indianapolis Motor Speedway. Interested parties are asked to contact Info@MillerVinatieriMotorsports.com.