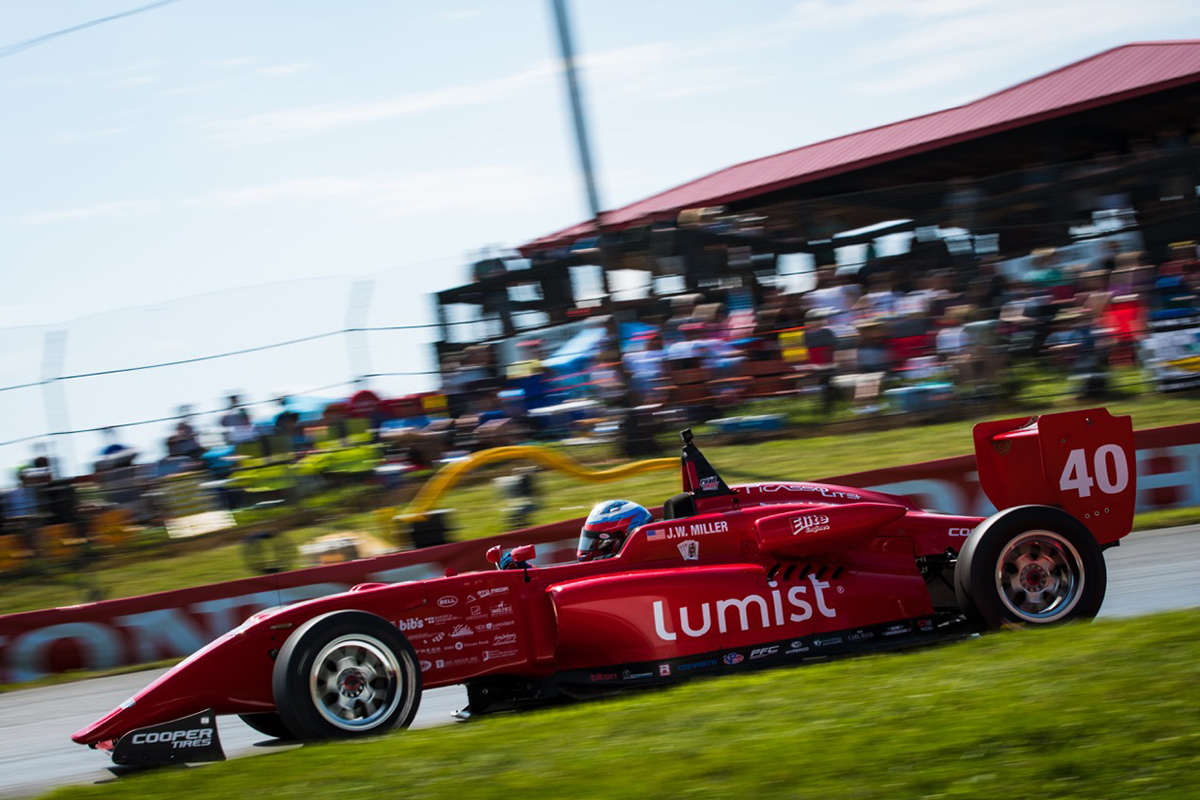 This past weekend, Miller Vinatieri Motorsports traveled just a few hours east to Mid-Ohio Sports Car Course in Lexington, Ohio to compete in rounds ten and eleven of the 2019 Cooper Tires USF2000 Championship alongside the entire Road to Indy program and the NTT IndyCar Series. With both drivers, Eduardo Barrichello and Jack William Miller, still being in their rookie seasons, the young drivers are visiting new tracks every event weekend.

“Both Jack and Eduardo have done a great job so far this season of learning and adjusting to all of the different tracks,” MVM co-owner Jack Miller explained. “We were fortunate to have had so many test sessions available for Mid-Ohio, between last month and this past weekend, the boys were able to learn the track and improve their lap times.”

While the results from this past weekend were not what the team was hoping for, both boys completed every lap of both races without incident and finished on the lead lap. At a track where some of the most experienced drivers had incidents, both Miller and Barrichello were able to bring their cars home without damage.

Now the team looks to the final four races of the season, taking place over two event weekends in late August and September. The team will travel to Portland International Raceway next before finishing out the season in Monterey, California at WeatherTeach Raceway Laguna Seca.

With only four races remaining in the 2019 Cooper Tires USF2000 Championship, Miller Vinatieri Motorsports is beginning early plans for 2020. Acquiring an Indy Pro 2000 car, MVM will look to run three cars at the end of the season Chris Griffis Test at the Indianapolis Motor Speedway. Interested parties are asked to contact Info@MillerVinatieriMotorsports.com.