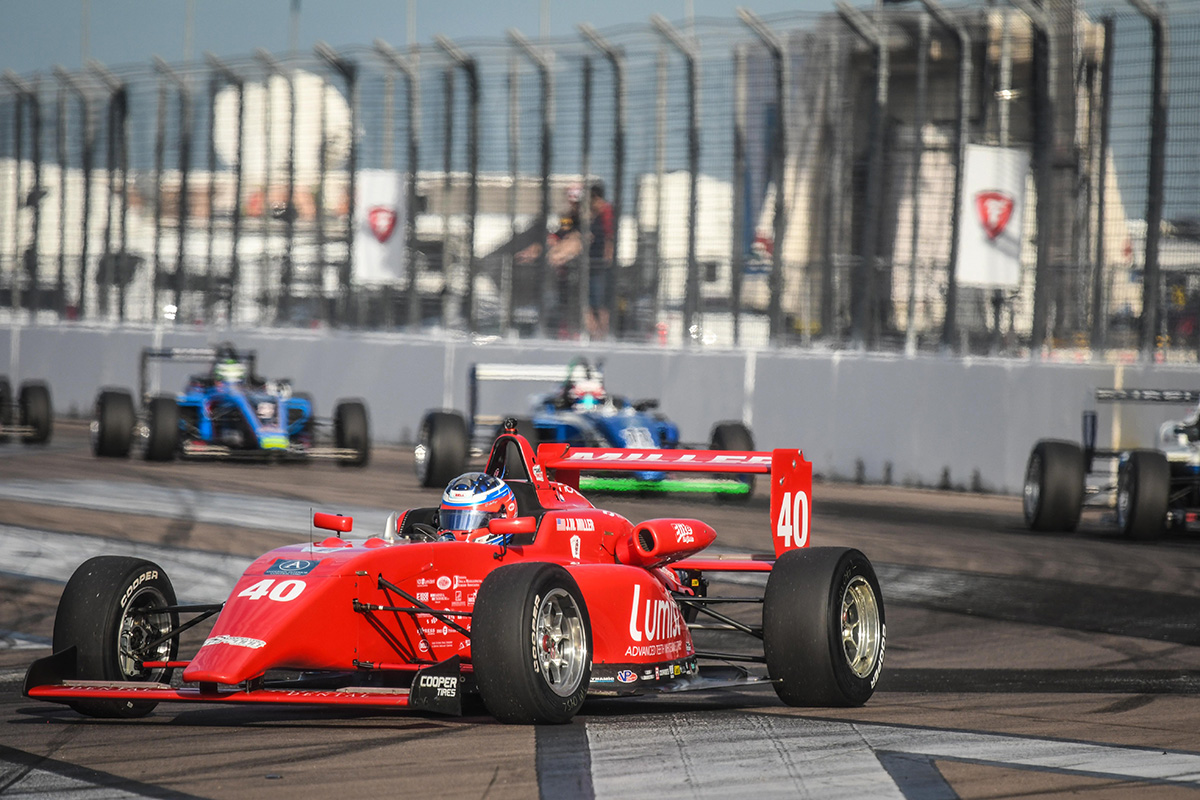 Returning to St. Petersburg, Florida for the second attempt of the first event of the season, Miller Vinatieri Motorsports driver Jack William Miller kept it clean and came home with a pair of top-seven results. Finishing the season on a high, the Indianapolis based program will now shift their focus to the 2021 season and possible expansion into the Indy Pro 2000 Championship.

“Finishing the season clean and with a pair of top-ten results was a great effort for the team and has shown how far we have come in just one year,” explained Jack Miller. “We are looking at some possible expansion in 2021 and that could come in the form of an Indy Pro 2000 entry as well as a pair of USF2000 drivers.”

“It was a good race, but we were aiming for a top-five,” added Jack William. “Tomorrow will be a little more difficult starting in row seven but I think we have the speed to advance into the top-ten, if not the top-five.”

Sunday morning would see a clean start for Miller as he quickly began to level up in positions. Moving forward while attacking the Gran Prix of St. Petersburg barrier lined circuit, Miller pushed his #40 entry to the seventh position before the final checkered flag of the season. A great run to close the year, Miller Vinatieri Motorsports will now shift their focus to a winter testing program, and the 2021 race season.

Miller added, “We have two seats open for 2020 as we look to advance and expand in the Road to Indy. We have a marketing program as well as a partner program to help drivers find funding to make ends meet if they are a few dollars short. With our progression and success in 2020, we are extremely excited about the progression towards 2021.”