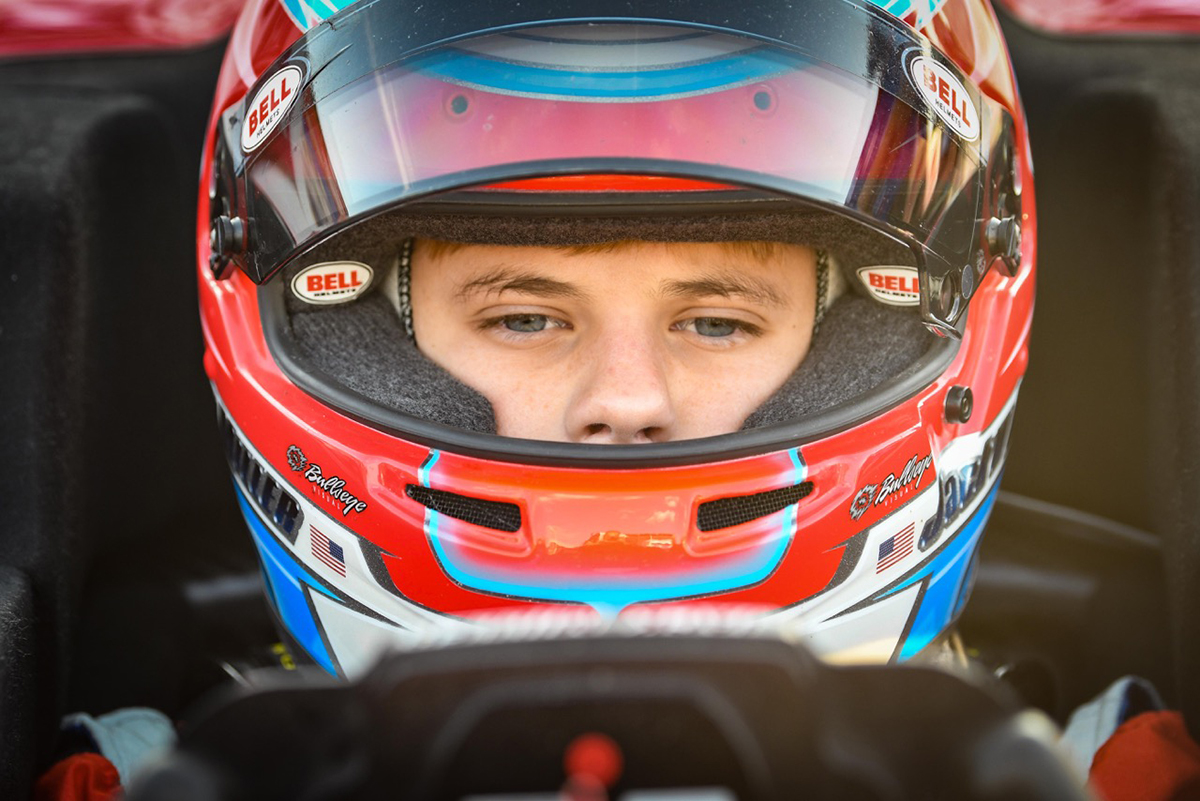 In their first attempt on the temporary street circuit in Toronto, Ontario, Cooper Tires USF2000 Championship team Miller Vinatieri Motorsports continued to achieve their goal of top-ten results. Improving their qualifying performances from the past, Jack William Miller was able to secure a ninth place effort on Saturday while Eduardo Barrichello was able to have one of his best qualifying performances of the year with a sixth place effort for Sunday’s event.

Using the one and only practice session on Friday morning to familiarize themselves with the layout and track characteristics, run time was cut short for both drivers at no fault of their own. In a session that was mired by multiple red flags, Barrichello and Miller took the positives away from the session and would focus on qualifying that afternoon.

With one session under their belt at the barrier lined street circuit, it was time to get serious during race one qualifying. Utilizing what they had learned from their morning runs, both MVM pilots claimed top-ten results with ninth and tenth place starting spots as they would start next to one another for race one on Saturday morning. Sunday’s race two qualifying took place on Saturday morning with Miller claiming the 14th quickest lap of the session and Barrichello advancing forward to score the sixth quickest time, his best qualifying effort of the season.

“Street circuits as rookies are always difficult,” explained Jack Miller. “Both Eduardo and Jack William are rookies in the series and this is their first attempt on the Streets of Toronto, and I think both drivers have learned a lot over the weekend to better prepare themselves for 2020.”

After an aggressive start for the Cooper Tires USF2000 Championship field of drivers, both Miller and Barrichello made it through the first corner unscathed. While Barrichello lost a few positions, Miller took advantage of his momentum to advance forward. In a race that saw some fierce on track battles but only one yellow flag, Miller managed to secure a ninth place finish in Saturday’s action while Barrichello ended his day in 15th.

Back to the track on Sunday, Barrichello lined up on the outside of row three while Miller started his second wheel-to-wheel action of the weekend from P14. In another aggressive race that saw multiple yellow flags, Miller and Barrichello were victims of unfortunate circumstances. After finding his way to the top-ten, Miller was hit from behind, breaking the right rear suspension and ultimately ending his race, while Barrichello was forced to retire due to a gearbox issue.

Set to return back to the United States and back to the Mid-Ohio Sports Car Complex over the July 26-28 weekend, Miller Vinatieri Motorsports will look to rebound and continue to show the speed that they found during the series test only a few short weeks ago.