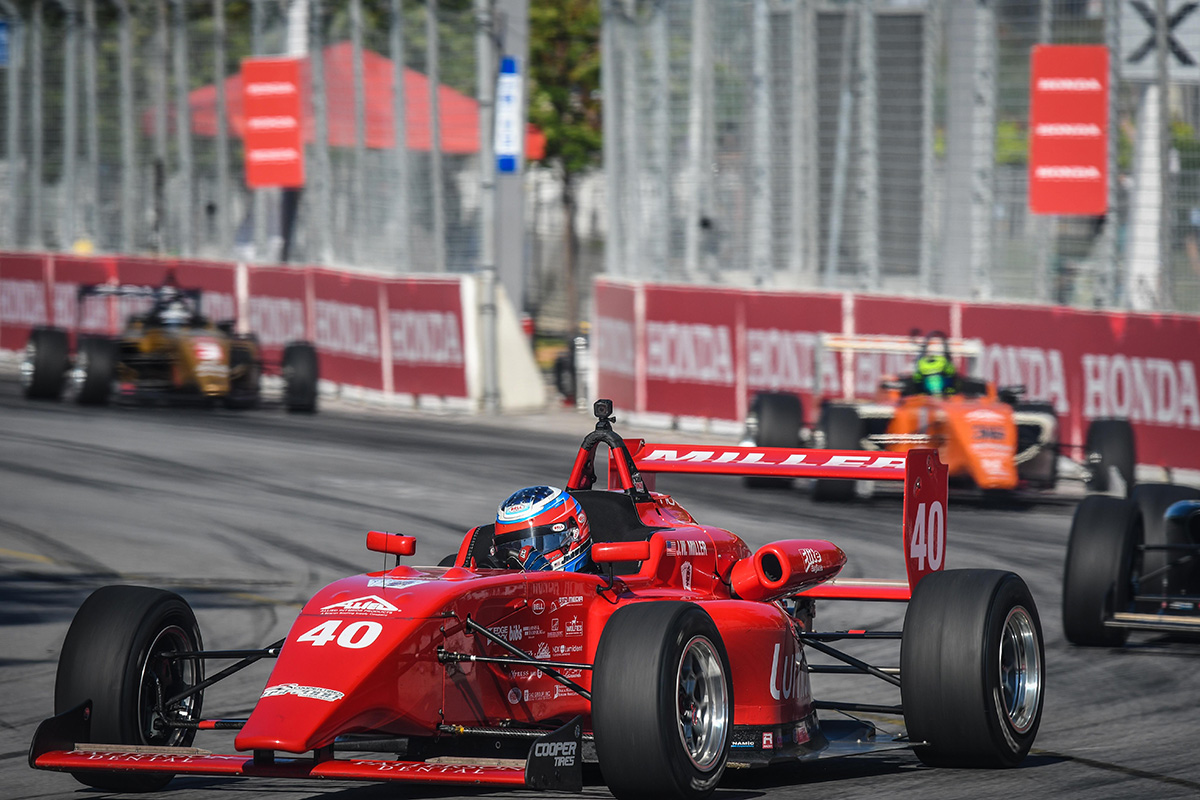 With the 2019 Cooper Tires USF2000 Championship quickly coming to a close, Miller Vinatieri Motorsports is heading to the West Coast this weekend for rounds twelve and thirteen at Portland International Raceway. Miller Vinatieri Motorsports (MVM) will participate in the four-day weekend event alongside the entire Road to Indy ladder program as well as the NTT IndyCar series this Thursday, August 29th – Sunday, September 1st.

After a month-long break since the last rounds at the Mid-Ohio Sports Car Course, MVM is eager to finish out their first season in the Road to Indy program strong. Coming over from the F4 United States Championship Powered by Honda last season, MVM and rookie driver Jack William Miller, have had to learn as they go this season, competing with new cars at new venues.

“We have had some team changes since the last event in Ohio,” explained team co-owner Jack Miller. “But we are eager to get back to work and have a strong, successful weekend. Also, we are looking forward to the Chris Griffis Test and have opportunities for drivers available in both USF2000 and Indy Pro 2000.”

Returning this weekend with the ream will be rookie driver Jack William Miller, driver of the #40 Indy Dental Group, LLC. / Lumist entry. After earning several top-ten finishes throughout the season, Miller is eager to add another. Recently completing a test in an Indy Pro 2000 car, Jack William had the opportunity to work alongside and learn from Gabby Chaves as the MVM squad put in laps at Gingerman Raceway.

This weekend, in preparation for the official race event, MVM will have the opportunity to participate in three 45-minute test sessions before the first official practice on Friday. With two qualifying sessions leading up to the two races, MVM and Jack William Miller will have plenty of track time in order to learn the course and prep for the races.

With only four races remaining in the 2019 Cooper Tires USF2000 Championship, Miller Vinatieri Motorsports is beginning early plans for 2020. Acquiring an Indy Pro 2000 car, MVM will look to run three cars at the end of the season Chris Griffis Test at the Indianapolis Motor Speedway. Interested parties are asked to contact Info@MillerVinatieriMotorsports.com.