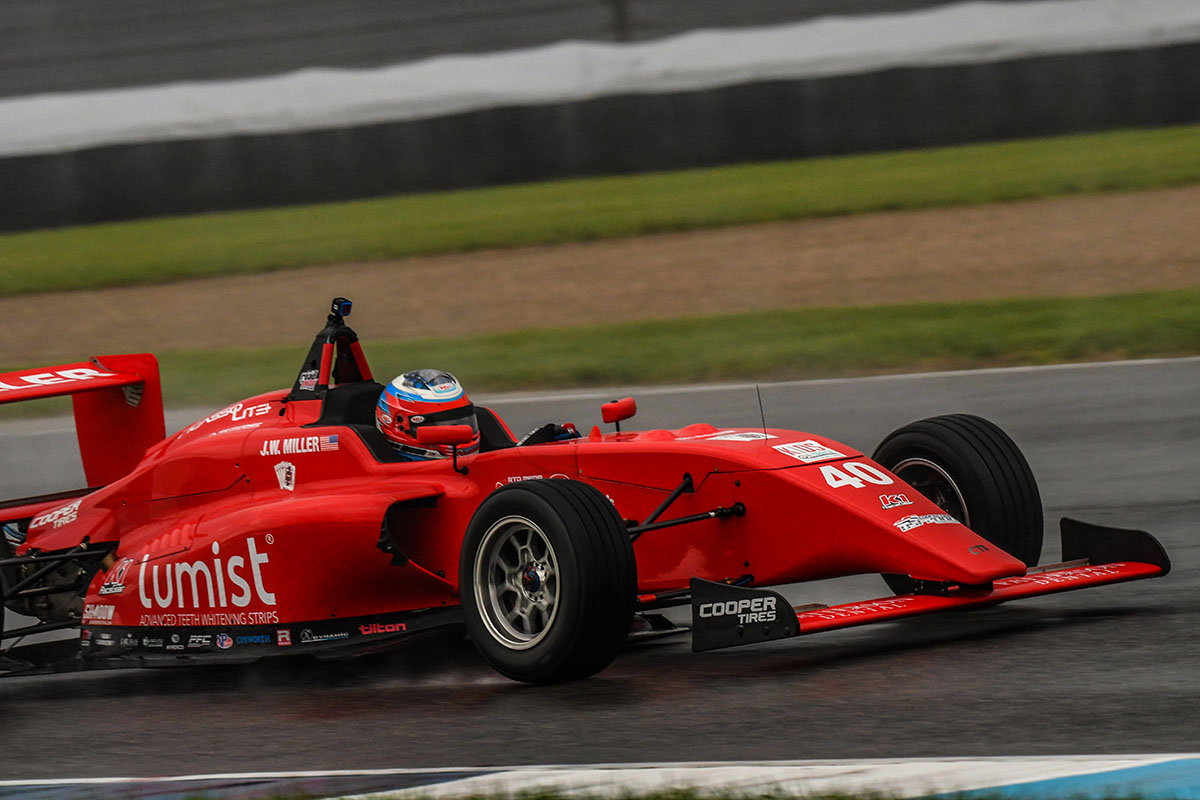 After a two week break away from the track, Cooper Tires USF2000 Championship team Miller Vinatieri Motorsports (MVM), with drivers Jack William Miller and Eduardo Barrichello, are ready to take on Road America. The team will be heading to Elkhart Lake, Wisconsin this weekend, June 21-23, alongside the rest of the Road to Indy ladder program and the NTT IndyCar series.

“We had highs and lows last month in Indianapolis, but we have taken these couple of weeks to focus and regroup in order to come back strong,” said MVM’s Jack Miller. “Both Jack and Eduardo are still in their rookie seasons, and at every track we go to, we have been able to learn and gain experience. Speed has been there, and we have been able to improve throughout the season to date.”

Going into the weekend, Eduardo Barrichello has a season’s best finish of fifth at the Indianapolis Grand Prix while Jack William Miller impressed at Lucas Oil Raceway running close to the top-five before an incident took him out of contention. This weekend will wrap up the first half of the 2019 championship season, with rounds six and seven taking place on Saturday and Sunday respectively.

“This will be a busy weekend at Road America with so many different series, so we will have limited practice time,” added Miller. “We will need to get out there and get as much done as we can in the short practice we have on Friday morning, but we are ready for the challenge.”

The weekend for MVM will begin on Friday with one practice session and qualifying for round six. Saturday will start bright and early with round seven qualifying and the green flag for Race One (Round 6) will drop at noon. The weekend will come to an end for Miller Vinatieri Motorsports on Sunday with Race Two (Round 7) beginning at 8:00am.