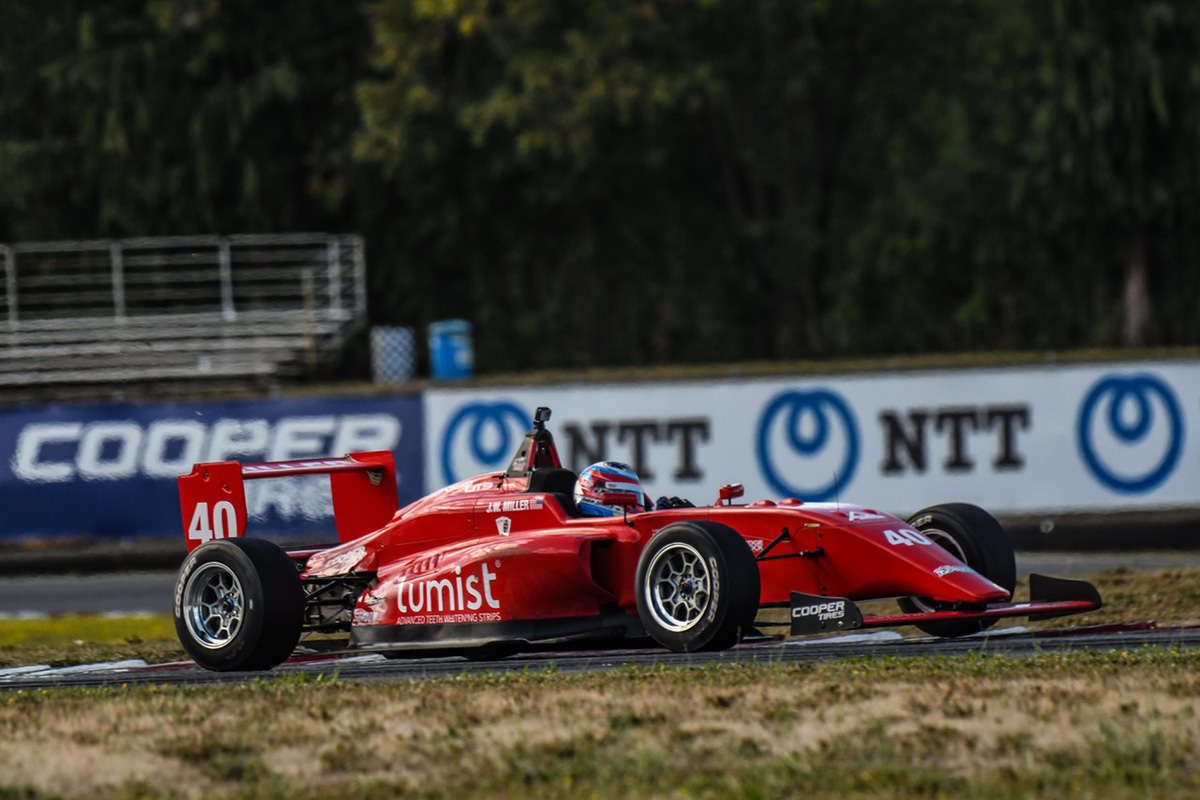 Continuing to learn in their rookie season, Miller Vinatieri Motorsports traveled across the country from their home base in Indianapolis to the Portland International Raceway in Oregon. Taking on rounds 12 and 13 of the Cooper Tires USF2000 Championship, Jack William Miller overcame a major electrical issue that limited his track time to claim a pair of 13th place results.

“It was a difficult weekend for us in Portland,” explained Miller. “We suffered from an electrical issue that basically hurt us in three full sessions. We changed everything right before qualifying for race one and finally solved the issue. Missing half of the promoters test day and the one and only practice on Friday really hurt us, but I just reset my goals for the weekend and what we wanted to accomplish.”

Upon further inspection, it was found that a cut in the wiring loom about the size of a pin hole was grounding out and causing the #40 car to have intermittent loss of power and even shut off on occasion. Once fixed, Jack William ran times inside the top-ten en route to his two 13th place results.

Miller continued, “I have learned a great deal this season, including how to deal with adversity and this is just another example. At the end of the weekend, I was able to log some laps and gain experience for when return here in 2019. The MVM guys did a great job and worked hard all weekend.”

With only two races remaining in the 2019 Cooper Tires USF2000 Championship, Miller Vinatieri Motorsports is beginning early plans for 2020. Acquiring an Indy Pro 2000 car, MVM will look to run three cars at the end of the season Chris Griffis Test at the Indianapolis Motor Speedway. Interested parties are asked to contact Info@MillerVinatieriMotorsports.com.