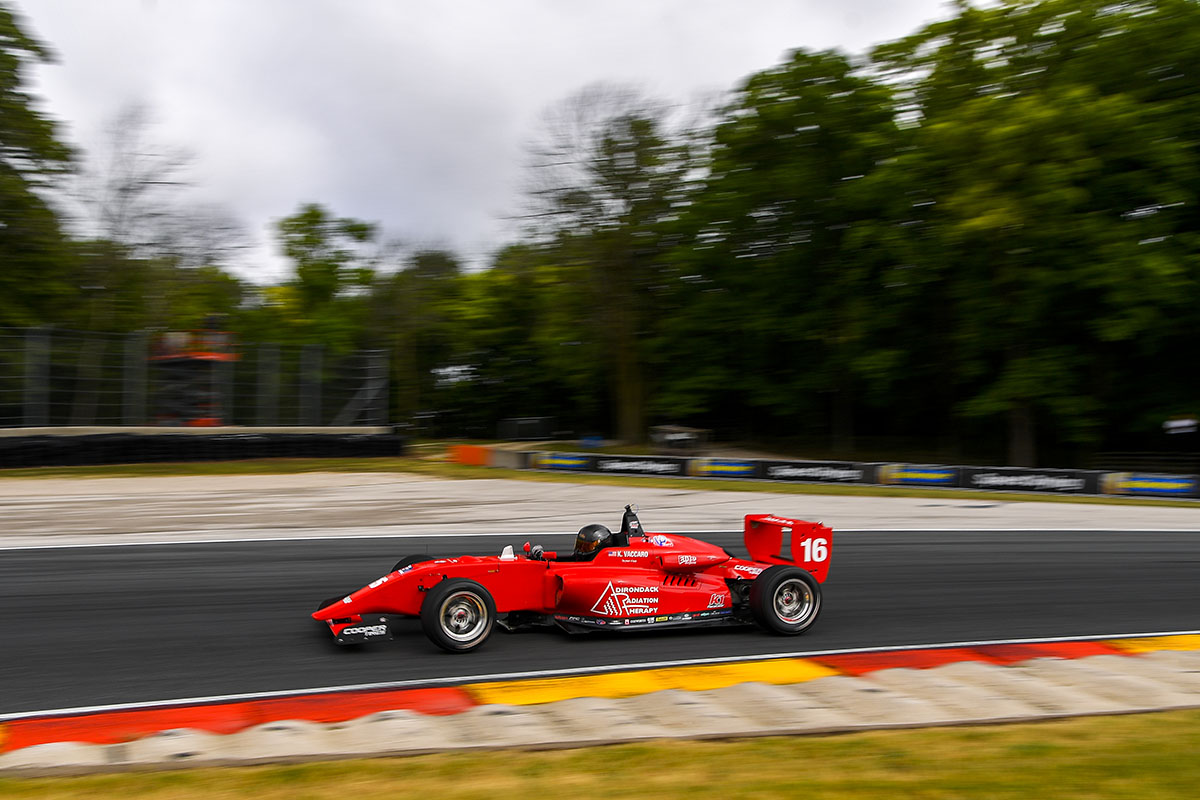 With Road America now in their rear-view mirror, Miller Vinatieri Motorsports is prepping for this weekend’s Road to Indy event at the famed Mid-Ohio Sports Car Course. Looking to rebound from a scary incident last Saturday, Jack William Miller will throw his hat into the mix in the #40 Indy Pro 2000 Championship Presented by Cooper Tires entry while Kent Vaccaro will pilot the #16 candy apple red Miller Vinatieri Motorsports entry.

Under a time crunch to completely rebuild the Tatuus PM-18 due to a dramatic first lap incident last Saturday, the Miller Vinatieri Motorsports crew has been working non-stop to ensure they are prepared for this weekend. With extensive damage, the team has rebuilt the car from the ground up and is thankful for the Promoters Test Day on Thursday to ensure a proper shakedown before wheel-to-wheel racing commences.

“I definitely owe the guys a dinner or two,” explained Jack William Miller. “Unfortunately, I was caught up in someone else’s incident, and I really had nowhere to go. Just some really bad luck honestly, but we will be back better and stronger.”

Vaccaro had a spirited drive in Sunday’s final USF2000 race at Road America climbing eight positions on the results sheet to finish the weekend with some momentum. Heading to the Mid-Ohio Sports Car Course, Vaccaro is hoping to secure his best career result in the Road to Indy during his short career.

“Kent drove a solid weekend in Elkhart Lake and that should be a big confidence boost for him heading to Ohio,” explained Jack Miller, Co-Owner in the MVM program. “The Promoters Test Day will allow our drivers some extra track time this weekend.”

The jam-packed weekend will feature eight on track sessions for Kent Vaccaro including three wheel-to-wheel races while Miller will contest the same quantity of sessions, but only two of them will be official races. Alongside the USF2000 and Indy Pro 2000 programs, the Indy Lights Presented by Cooper Tires, NTT IndyCar Series and Stadium Super Trucks will also see action at Mid-Ohio. Additionally, Miller Vinatieri Motorsports will hosts several guests from Patterson Dental and Secure Data over the July 4th weekend.