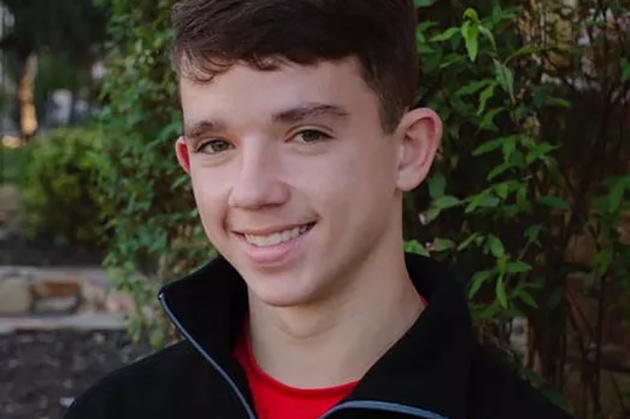 Lawson Nagel is just 15, but he’s been racing karts with much success since he was 8. This year he’ll make the transition to race cars, as Miller Vinatieri Leguizamón Motorsports (MVL Motorsports) has signed the Azle High School freshman to do a full season of the F4 United States Championship Powered by Honda.

The series, designed just for drivers like Nagel who are coming up from karting or quarter midgets, is sanctioned by SCCA Pro Racing and certified by the FIA, which organizes the Formula 1 World Championship. It is scheduled to host six events this year from April through September at some of the best road courses in North America, including the venerable Indianapolis Motor Speedway and the state-of-the-art Circuit of the Americas in Austin. Three races are held at each event for an 18-race season. The cars are all built by the same chassis manufacturer, and use 2.0-liter Honda engines.

It’s an exciting proposition for a teenager who can’t legally drive on the streets until he turns 16 on Oct. 27.

The Nagel family has been racing for quite some time. Lawson’s father, Ed, did some SCCA racing himself in the past, and Lawson’s older brother, Chaz, raced karts before becoming involved in Formula SAE at Texas A&M University.

Lawson’s favorite driver is seven-time F1 world champion Michael Schumacher, and if everything went according to his dreams he’d end up in F1 someday too. That’s a tall order for any young driver, but he hopes to make a career as a professional race car driver, even though he’s also active in football and wrestling at school.

“I love it because of the mentality of everyone around you to improve and go faster, and the adrenalin you get when you’re in the car,” he said. “It takes total concentration; it’s all consuming.”

Going from karts to formula cars is a big step that some excellent drivers never make.

“I think the biggest transition I’ll have to make is just the difference in the speed, and how different a car feels from the karts,” he said. “I think my strongest attribute in karting was my consistency, and I hope to continue that in cars.”

Karting is considered to be an excellent foundation for any aspiring professional race car driver. Most pro drivers make it a part of their training regimen throughout their careers.

MVL Motorsports’ principal, Dr. Jack Miller, a three-time starter in the Indianapolis 500, met the Nagel family through karting, as Miller’s son, Jack William Miller, is transitioning from karts to formula cars this year just like Nagel is. Headquartered in Indianapolis, MVL Motorsports will field cars for five drivers in all.

Miller was impressed with what he saw.

“I have known Lawson and his dad, Ed, for a long time,” Miller said. “They are both very committed to perform well. Lawson tested with us last year and was right on pace with the other drivers. He understands what it takes to give us proper feedback and go fast. We are looking forward to working with Lawson this year.”

“That was the first time I drove an F4 car,” Nagel said. “I was impressed with the team too. It’s well put together, and they know what they’re doing.”

Incidentally, the “V” in MVL Motorsports stands for Adam Vinatieri, the famous placekicker for the NFL’s Indianapolis Colts.

Gabby Chaves, the 2014 Indy Lights champion and the Indy 500 and IndyCar Rookie of the Year in 2015, is the team’s driver coach.

In the past Nagel has also come under the tutelage of Jay Howard, a British driver who is a former Indy Lights champion, ran the Indy 500 in 2011, and is a successful driver coach based in Indianapolis.

“I drove karts with him, and he showed me how to be more aggressive on the track, and to be smarter in how I executed certain things,” Nagel said.

Last month Nagel also successfully completed the Lucas Oil School of Racing’s two-day basic and lapping program at Sebring International Raceway in Sebring, Fla., in a F2000 car, which is similar to the F4 car he’ll drive this season. That program was under the direction of Jonatan Jorge, another popular coach of young formula-car drivers.

He has another test scheduled this month at NOLA Motorsports Park in New Orleans with his new team before the season opener April 8-9 at Homestead-Miami Speedway in Homestead, Fla.

Since all the tracks he’ll race on will be new to Nagel this year, he’s been busy watching videos of different race cars on each circuit, as well as doing simulated video sessions himself in order to gain experience.

“Seat time” is perhaps the biggest opportunity that the F4 series offers, and Nagel is anxious to get on with it.

What do his fellow high school students think about his efforts?

“A lot of them don’t know about it, but the ones that do think it’s great!” he said.

With a host of partners lining the transporter and autograph cards of Jack William Miller, the young 14-year-old is pleased to confirm a renewed safety apparel partnership with K1 Racegear....

Indianapolis, Indiana based Miller Vinatieri Motorsports (MVM) will compete in the first event of the season for the F4 United States Championship Powered Honda this coming weekend. Kicking off at...

Miller Vinatieri Motorsports (MVM) completed another test at the New Orleans Motorsports Park (NOLA) in New Orleans, Louisiana this past week with their two drivers, Dylan Tavella and Jack William...

With the turn of the calendar comes a new year in the 2018 F4 United States Championship powered by Honda. With the first official test of the season scheduled for...

With a rebranding effort in full force, Miller Vinatieri Motorsports will enter their sophomore season. With Jack William Miller and Dylan Tavella already signed as 2018 competitors, the Indianapolis based...