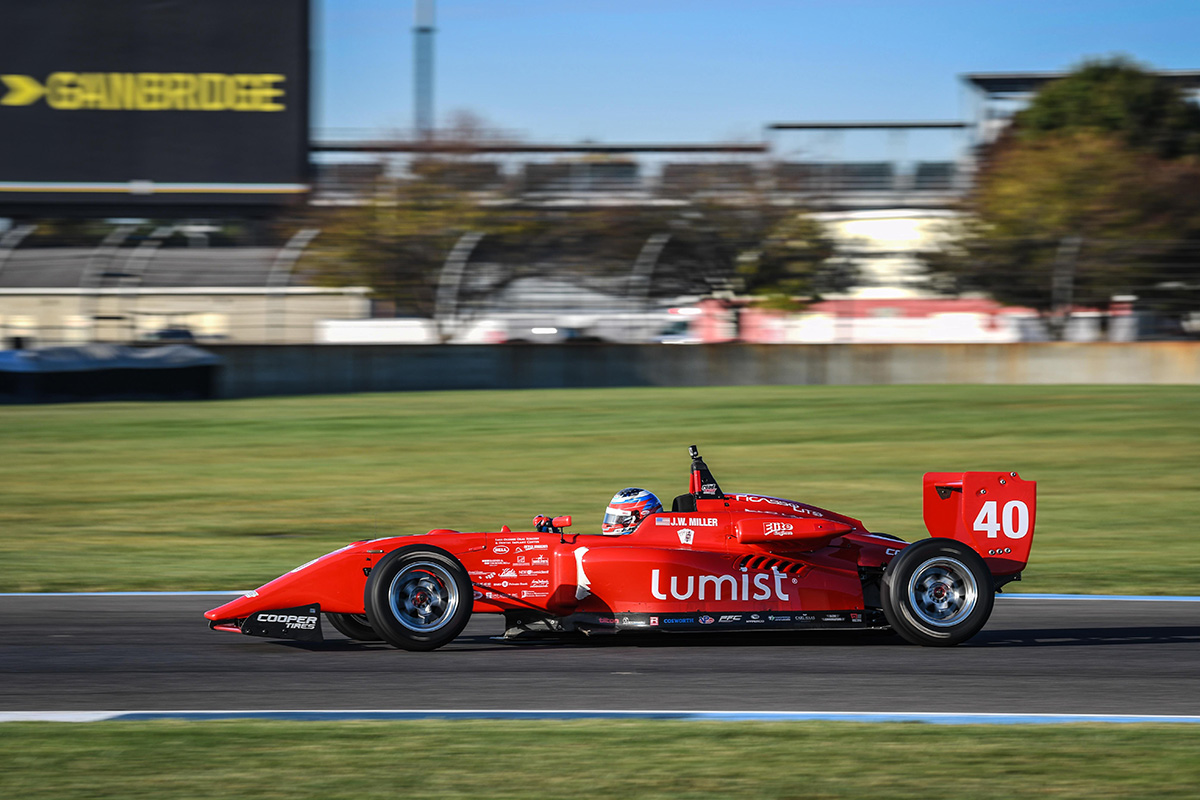 Miller Vinatieri Motorsports (MVM) entered the annual Road to Indy Chris Griffis Memorial Test with a different direction and it yielded immediate results. With Jack William Miller and Max Kaeser behind the wheel, the pair of drivers progressed through the two-day test weekend improving in each and every session. Focused on starting their 2020 campaign right, the duo claimed the fourth and ninth fastest laps in session six to close the weekend on a high.

“We made an engineering change and decided to go a different direction,” explained Jack Miller, Owner of Indy Dental Group and Miller Vinatieri Motorsports. “Jack will be a second-year driver in the series and the goal is to have him challenge for race wins and podiums. His speed this past weekend showed that he can do that. Max, who is a rookie in USF2000, consistently improved throughout the six test sessions and his Sunday ended with the ninth quickest lap. All in all, it was a great weekend and a solid way to end the 2019 season.”

In a weekend that saw cool temperatures in the morning warm up to low 70s in the afternoon, the Indianapolis Motor Speedway was the host of the two-day test. Featuring all three rungs of the Road to Indy, the test went off without a hitch as drivers were able to get miles of testing in to close out the season or work towards their 2020 campaign. Utilizing their Lumist Teeth Whitening branded cars, the Westfield, Indiana based race team not only took the time to test on track, but also invited current and future partners out to experience the event.

Miller continued, “We had several guests trackside and were able to provide them a much more behind the scenes look of our team, cars and on track action. The personal experience as well as the on-track results were a great way to close out the season and provides us a ton of momentum to springboard into a 2020 campaign.”

Set to field two cars in the 2020 Cooper Tires USF2000 Championship, Miller Vinatieri Motorsports is excited about the upcoming season.

Miller added, “Everyone is always happy when a season ends, but after a day or two off, us racers have the itch to get back on track again. We will continue our off season testing plan and look forward to heading to St. Pete in March.”