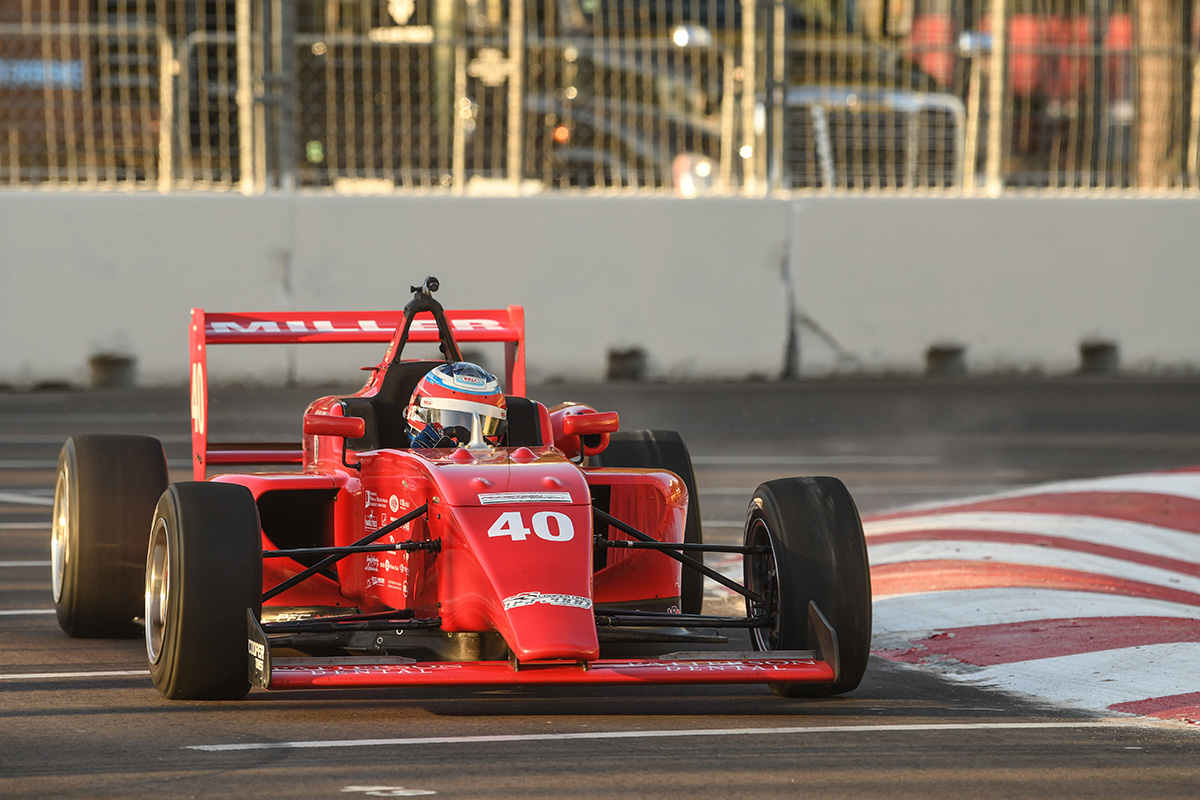 It’s the second chance at the first event of the Cooper Tires USF2000 Championship as Miller Vinatieri Motorsports (MVM) will make another trip to the Sunshine State. Set to take on the Grand Prix of St. Petersburg this coming weekend, the Indianapolis based program will see Max Kaeser return to the driver lineup as he will join Jack William Miller at the barrier lined street circuit in Florida.

“We have gained a lot of momentum in the second half of the season and I think that bodes well in our outlook for 2021,” explained Jack Miller, who co-owns the MVM program with four-time Super Bowl winner Adam Vinatieri. “We had Kent Vaccaro behind the wheel two weeks ago, and he did an incredible job for no testing and his first time in the car despite missing a few sessions. We hope to continue a testing program with him in the very near future. Jack added another pair of top-eight results in New Jersey and moved to ninth in the point standings courtesy of his podiums at on the oval and at the Indianapolis Motor Speedway. Max will return this weekend and look to finish the season on a high.”

With the St. Petersburg event in March postponed early in the weekend due to rising COVID-19 concerns, teams and competitors were forced to abandon the track and take a couple month delay before the official season would get underway.

Miller added, “I commend Andersen Promotions and IndyCar for working with all Road to Indy teams and St. Pete Grand Prix staff to reschedule the event. It is a fixture on the calendar and would have been a shame if we could not attend. Hopefully we will return again in March and open the 2021 season here.”

With on track action beginning on Friday, stay tuned to the Miller Vinatieri Motorsports social media pages to view news, photos, results and information from the event weekend.