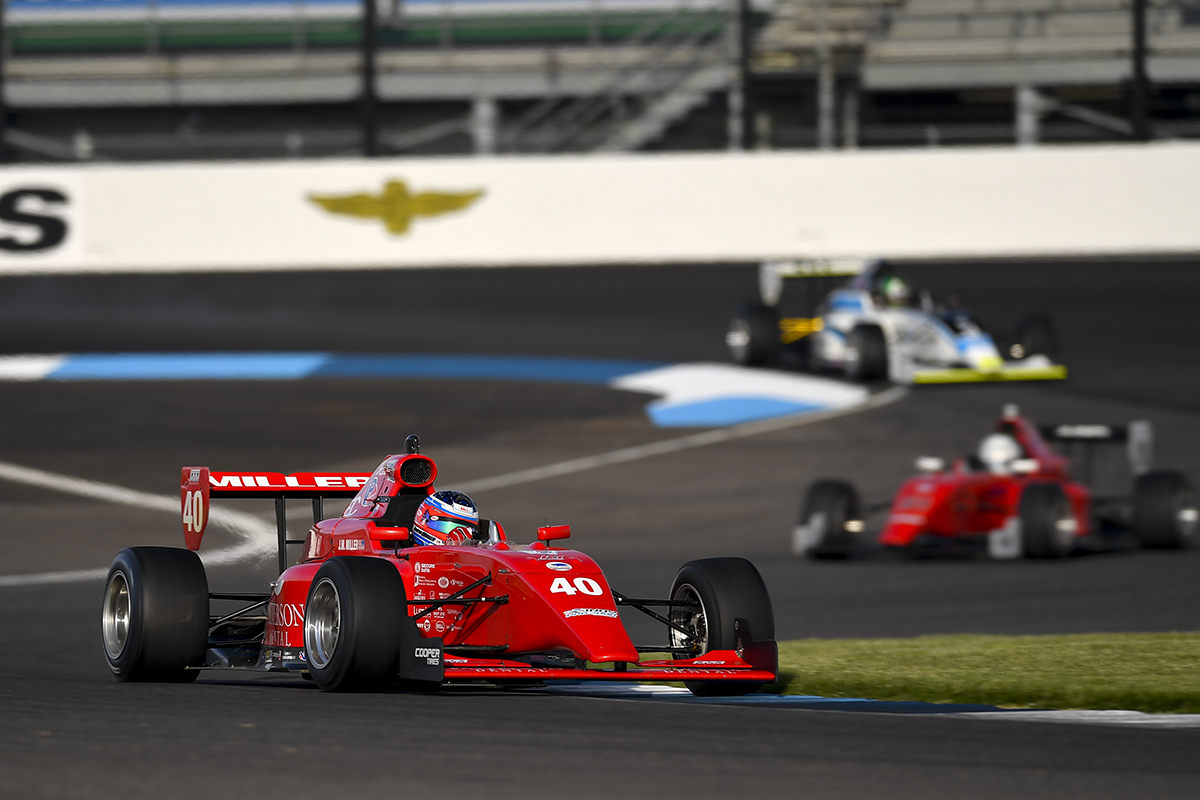 Competing in one of two home events on the 2021 calendar, Miller Vinatieri Motorsports (MVM) was back on track this past weekend at the famed Indianapolis Motor Speedway (IMS). With Jack William Miller competing in the Indy Pro 2000 Championship Presented by Cooper Tires, Kent Vaccaro saw a progressive weekend on the USF2000 Championship Presented by Cooper Tires side of the program.

“It was great to race at our home event, and we can’t wait to be back on track in Indy in less than two weeks’ time,” explained Jack Miller, Co-Owner of the Miller Vinatieri Motorsports. “We will now shift our focus to the next event which will be at the Lucas Oil Raceway for the Carb Night Classic, our first oval event of the 2021 season.”

With a less than average qualifying effort that would see Miller start 13th for race one, the Westfield, Indiana resident had steady improvement throughout the weekend and netted himself a pair of top-ten results. The Indy Pro 2000 rookie would finish eleventh in race one on Friday and had a solid race two on Saturday morning finishing sixth. An additional top-ten performance came in race three with a ninth-place effort as the MVM driver showed great pace throughout the race weekend.

Competing as a rookie at the Indianapolis Motor Speedway, USF2000 Championship Presented by Cooper Tires driver Kent Vaccaro had a trio of finishes in the top-twenty. After progressing through practice and qualifying on the outside of row twelve, Vaccaro improved in each and every race finishing 20th in race one, 19th in race two and on Sunday morning, improved yet again to finish in the 18th position.

Miller improved, “Kent did a good job staying out of trouble and completing the full race distances. It is exactly what he needed to gain both experience and confidence in the USF2000 car. With a short time off before our next event, we are all excited to get to the oval with both Jack and Kent as it is another event where we scored a podium result in 2020.”