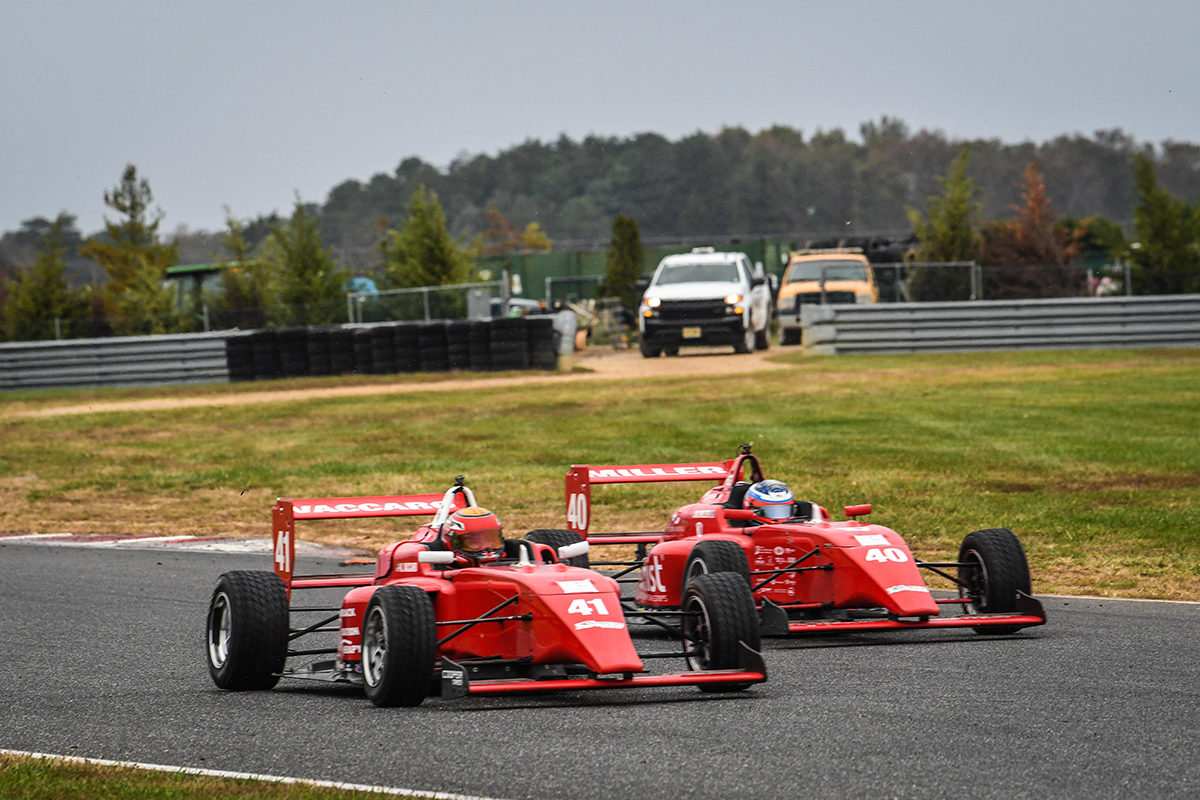 “It was a pretty mixed weekend for us as a team,” expressed Jack Miller, Co-Owner of the Miller Vinatieri Motorsports program. “Jack showed great pace in practice and pre-event testing but qualifying and weather played a huge determining factor in his end results. I think Kent did exceptionally well for his first time in the USF-17 car. With no testing prior to the weekend and an electrical issue that forced him to miss Saturday’s practice and qualifying sessions, Kent was able to improve both his speed and finishing results as the weekend went on.”

After qualifying ninth on Saturday morning, Miller started his first wheel-to-wheel action of the weekend inside row five. Advancing forward two positions before the checkered flag would fly, the Westfield, Indiana resident turned the ninth fastest lap of the race in his first Cooper Tires USF2000 Championship qualifying session. Vaccaro slotted into the 18th position after failing to complete a circuit due to the electrical gremlins, but from that point on began his forward progression. Finishing sixteenth in Saturday’s race, Vaccaro improved both his qualifying performance and finishing result on Sunday.

Similar to his results the previous day, Miller qualified inside row five but advanced forward in the race to finish eighth. Vaccaro was the seventeenth-place qualifying driver and leveled up three positions before the end of only his second wheel-to-wheel USF2000 event to finish fourteenth. The third and final event of the weekend was the best on track session for Vaccaro as a five-position gain from the drop of the green flag to the final checkered flag flew to earn him a thirteenth-place result, his best of the weekend even as difficult track conditions were presented. Jack Miller narrowly missed the top-ten with an eleventh-place finish.

A quick trip back to their headquarters in Indianapolis to prep this week as the Miller Vinatieri Motorsports program will be back on the road to Florida next week. Set for their second attempt at the Grand Prix of St. Petersburg, MVM drivers will hit the track on Friday, October 23rd for the final event weekend of 2020.