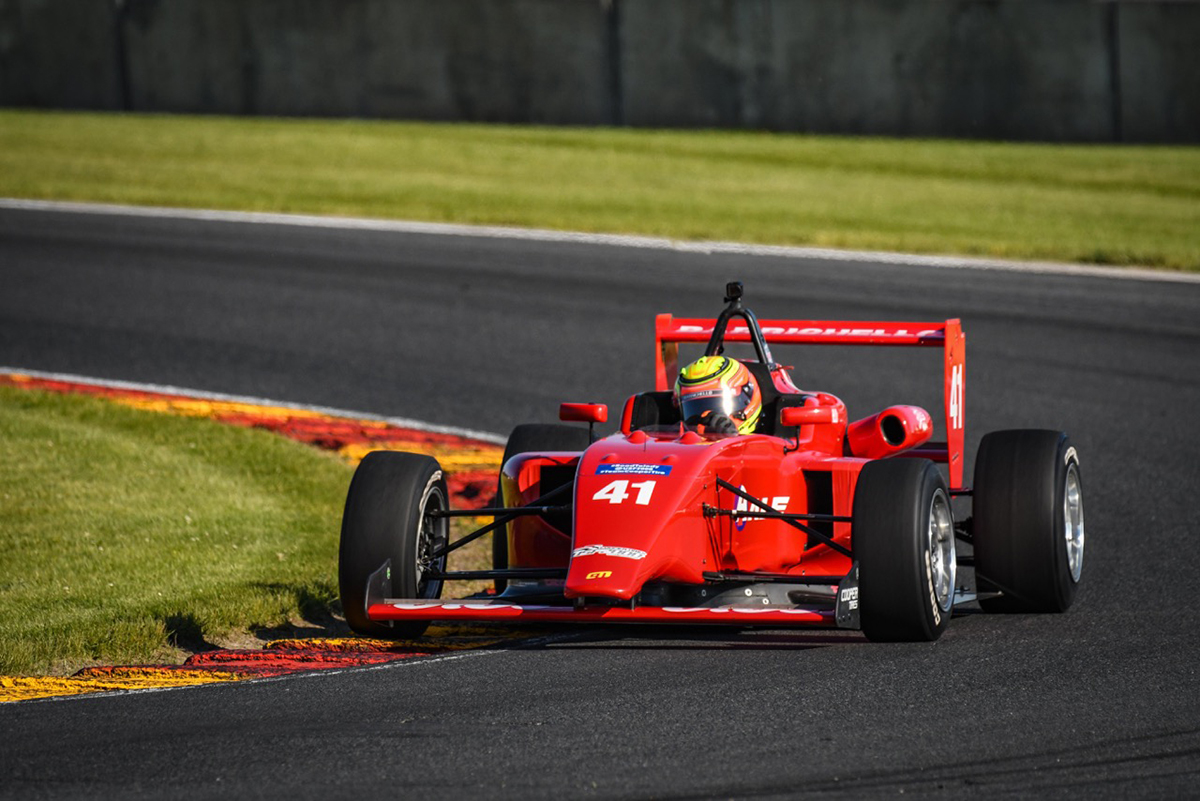 Taking on rounds six and seven at the picturesque Road America facility, the Lumist Teeth Whitening and Patterson Dental branded Miller Vinatieri Motorsports program secured a pair of top-ten results. Unloading with pace that saw both drivers in the mid-teens on the result sheets, constant hard work and progression forward saw both Eduardo Barrichello and Jack William Miller climb the order.

“Road America is a very long track for these cars and everything needs to be perfect to run at the front of the field,” explained Jack Miller. “A loss of momentum in any corner hurts your speed for a very long time. We struggled with this as it was both Jack and Eduardo’s first time here, but as the weekend wore on, we were able to get better as a team.”

With one and only practice session before qualifying, Barrichello scored the best result of the duo with a ninth place effort while Miller was slotted in for the start of race one on the outside of row eight. Race two qualifying did not go as well as both drivers finished 13th and 17th respectively.

With a change in direction for the first wheel-to-wheel action of the weekend, Barrichello and Miller both improved their position throughout the race. With the son of the former Ferrari Formula One driver climbing his way forward in the top-ten, Barrichello eventually crossed the stripe in ninth, securing another top-ten result. Miller battled hard and moved forward challenging for a top-ten finish before contact sent him into a quick spin and a loss of positions to end round six in 13th.

Back to the track on Sunday, Barrichello secured another great result for the rookie USF2000 program with a seventh place finish. In an intense battle that saw him as far forward as sixth and as far back as 11th, the young Brazilian positioned himself in P7 for the final few circuits and drove to the checkered flag. Starting 17th on the grid, Jack William Miller gained four positions throughout the race and finished 13th.

With very little time off, Miller Vinatieri Motorsports will travel to the Mid-Ohio Sports Car Course this weekend for an official Road to Indy test. Taking place on June 26th and 27th, the next Cooper Tires USF2000 Championship event will be north of the border on the Streets of Toronto.