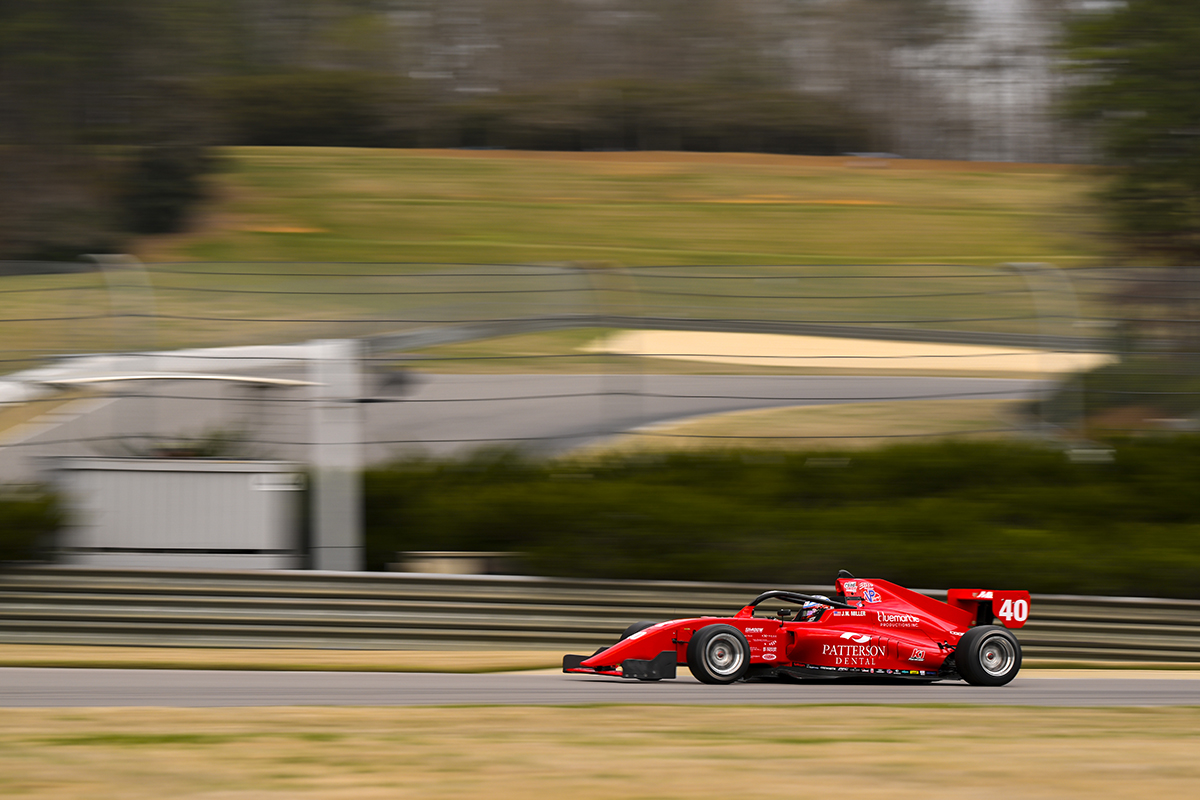 After a strong start at the season opener in St. Petersburg, Miller Vinatieri Motorsports is sitting securely in the top-ten in both the team and driver championship for 2022. Looking to better their position, Jack William Miller and his MVM program will head to Barber Motorsports Park this weekend for the second event in the Indy Pro 2000 Championship Presented by Cooper Tires.

Miller, currently competing in his sophomore year in Indy Pro 2000, showed poise and drive advancing forward from deep in the field starting spots to earn a pair of top-ten results at the barrier lined street circuit during the opening round. Miller has started out strong and currently sits seventh in the driver championship heading to Barber Motorsports Park.

In preparation for the upcoming Honda Indy Grand Prix of Alabama, the team attended the series test at Barber Motorsports Park on March 21st and 22nd. Producing clean, speedy laps, Jack William Miller’s veteran experience shined through as they not only tested a variety of different setups but checked a lot of boxes that produced questions marks after their winter test efforts.

“After a successful test at Barber the team and I are eager to get back out there,” explained Miller. “We’ve got a lot to prove this year and the first race weekend of the season demonstrated that we are capable of being towards the top of the leaderboard.”

Aside from his Indy Pro 2000 Championship efforts, Miller was able to travel to Spring Mountain, Nevada last weekend and pilot an LMP3 machine courtesy of his uncle, Alan Miller (Blue Marble Productions). Up to speed quick, Jack William was on pace early, pushing the limits of the prototype and showing great pace.

“Jack did an exceptional job and never put a wheel wrong,” explained Alan Miller, Owner of Blue Marble Productions. “By lap three, he was as quick as anyone and did a great job. We may even see him in a few LMP3 races in the future.”

Jack William continued, “A huge thank you to Alan and Blue Marble Productions. They have been a strong supporter of mine in the past and provided me with the opportunity to test an LMP3 for the first time. Thank you!”

Miller aims to bring home a much anticipated championship for his team this year. Don’t miss Miller Vinatieri Motorsports on track at Barber Motorsports Park April 29th through May 1st for rounds three and four of the Indy Pro 2000 program.