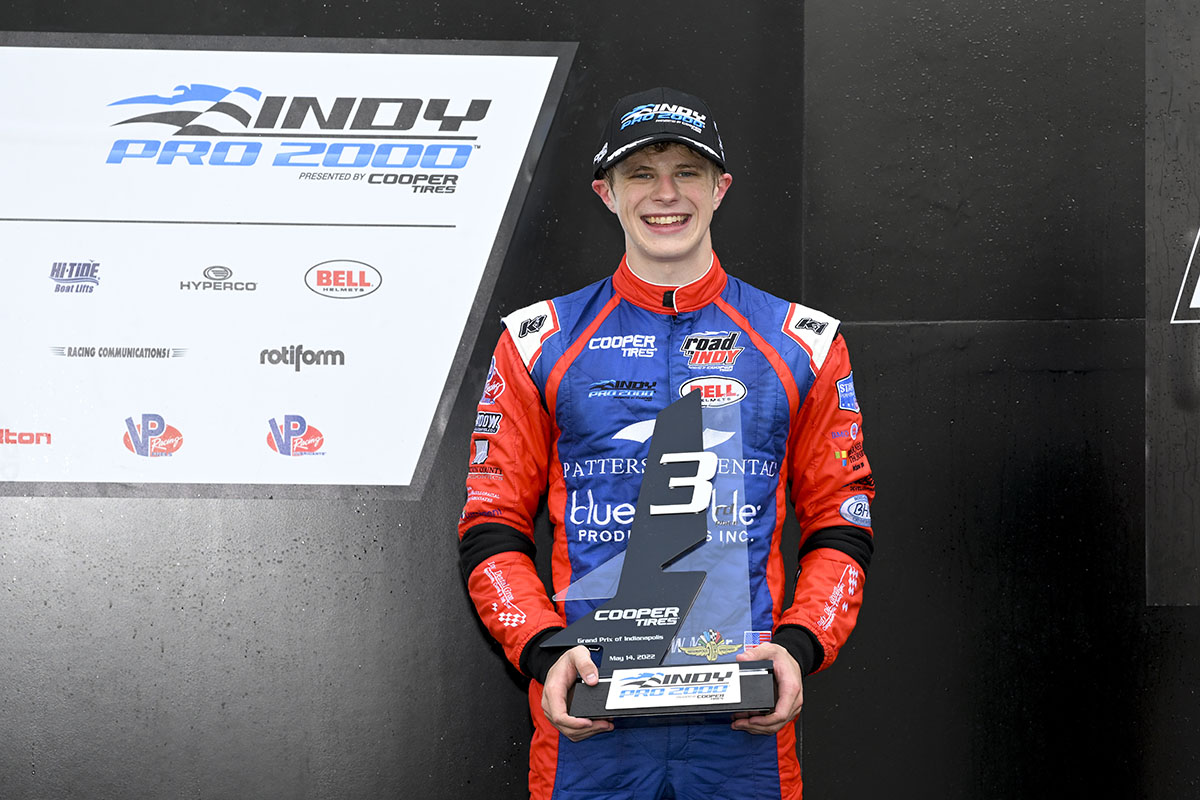 Returning to the iconic Indianapolis Motor Speedway (IMS) and the site of his first career Road to Indy podium result back in 2020, Jack William Miller put Miller Vinatieri Motorsports (MVM) back on the podium this past weekend. Taking on the stout field of competitors in the Indy Pro 2000 Presented by Cooper Tires Championship, Miller earned his first career pole position and a pair of top-five results including a third-place podium in the third race of a triple header weekend.

“It is a great feeling to be back on the podium, especially at the Indianapolis Motor Speedway,” explained the driver of the #40 Patterson Dental entry who also earned a pair of pole positions this past weekend. “We were strong all throughout testing but once racing began things did not go our way. Luckily there were three this weekend, and I was able to earn a podium to make up for our misfortunes in races one and two.”

Taking part in Thursday’s Promoters Test Day, Miller was the quickest driver in the first of two sessions and backed that up in session two finishing second on the time sheets. In the first official practice of the weekend, Miller clocked the fourth fastest time and was feeling good heading into qualifying.

Working alongside Exclusive Autosport for the first time in their partnership, Miller was able to capitalize and score his best qualifying result of this season taking the outside row two spot for the run down to the first corner in race one. Satisfied with his efforts, Miller was anxious to get the wheel-to-wheel racing underway.

Race one was short lived for Miller as he was unable to avoid a spinning car and made contact in turn two, sendinf his Indy Pro machine air-born, in the gravel trap and out of the race with severe damage. Unable to avoid contact from a pair of drivers that had already made contact in front of him, Miller was along for the ride as he had nowhere to go.

Looking to make up for his first race misfortune, Miller would lead the field to green during race two as he was awarded the pole position based on his second fastest lap in qualifying. Looking to take advantage of clean air and run away front the field, the opposite would happen as Miller was hit from behind on the opening lap and relegated to the back of the field. Never one to give up, Miller then proceeded to put on the drive of his career as he sliced and diced his way back through the field. As one of the fastest competitors on track, Jack William climbed forward to earn a P5 result, his best finish to date this season.

Miller added, “Just unlucky to be hit from behind but lucky to not have much damage. It was fun coming through the field but the goal for race three is simple, and I am now hungrier than ever.”

Again, lining up on the inside of the front row for race three, Jack would make it through the first lap unscathed as he battled at the front of the field. With a late race caution that would bunch the field with five laps to go, it was anybody’s race. Pushing hard for the win and coming up just short, Miller would settle for the third position and celebrate on the iconic Indianapolis Motor Speedway podium.

“I felt like our luck was never going to turn around,” added Miller. “That podium is for all the guys at MVM who have worked their tails off to give me a great car this weekend. Happy to end the weekend on a high and look forward to trying to carry this momentum to our first oval race in a few short weeks. It was a great first event working alongside Exclusive Autosport, and I think the strengths from our program and with their knowledge, we bring a powerful program to the table.”

With one weekend off, Jack Miller and the Miller Vinatieri Motorsports program will be back on track at Lucas Oil Raceway in less than ten days. With a podium result on the short oval in 2020, Miller is looking to repeat, or better, that performance and earn his first Road to Indy victory. 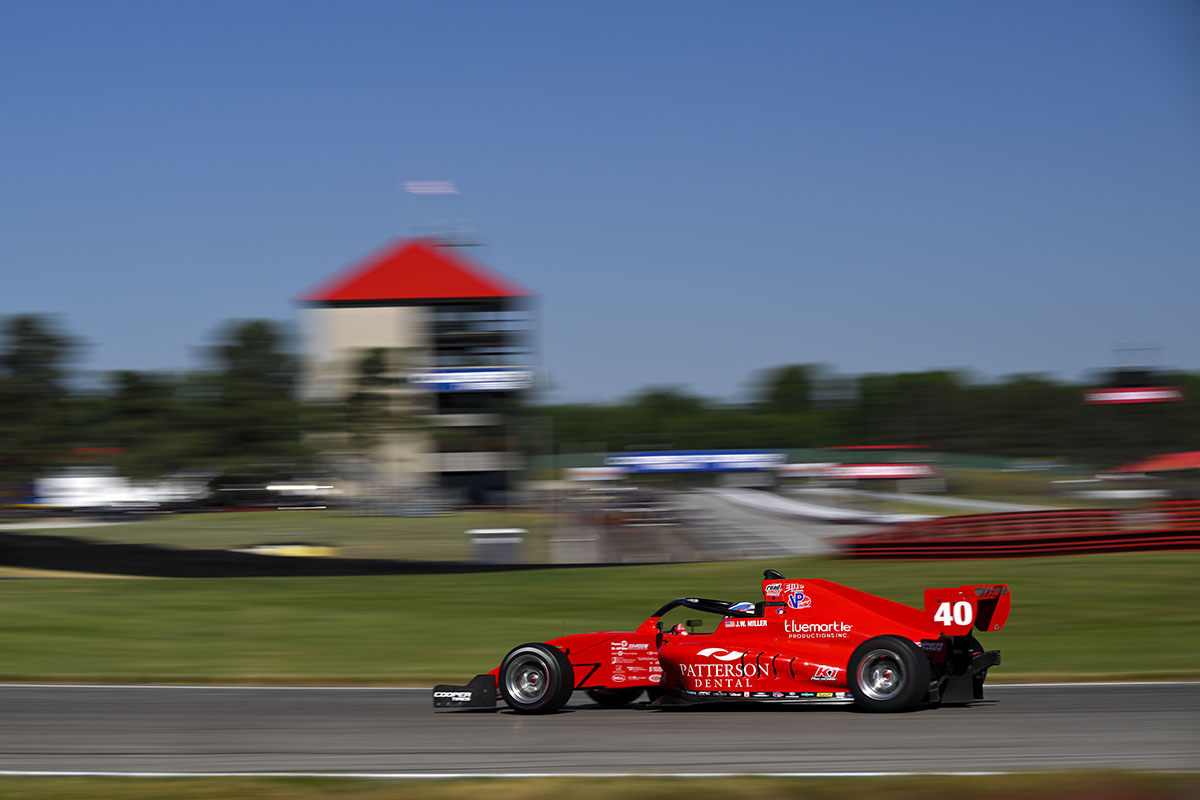